Brown Bag Films amongst others who availed of such breaks 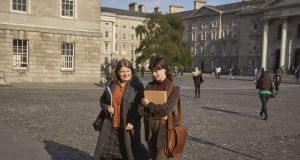 A scene from Normal People

Element Pictures’ production of Sally Rooney’s Normal People was one of the big winners in movie tax reliefs granted by Revenue last year.

Figures released by the Revenue Commissioners show that Element Pictures Productions Ltd secured Section 481 tax relief for the TV adaptation of the international best seller of between €2 million and €5 million.

The much anticipated 12-part drama based on the Co Mayo native’s second novel is due to be screened on BBC and Hulu later this year.

The largest tax credit of between €5 million and €10 million last year was made to Four Provinces Films for the recently released The Rhythm Section.

The figures show that the company secured tax credits of between €2 million and €5 million for its  Rescue Bots and the company obtained the same range of tax credits for its Micronauts production.

The production company of international hit Young Offenders, Vico Picture and Sound Ltd, was granted credits between €1 million and €2 million.

Galway based company, Telegael Teoranta was also successful in securing tax credits for a number of productions.

The figures also show that Shinawil Ltd secured tax credits of €1 million and €2 million for Miss Scarlett and The Duke.

Kilkenny based Cartoon Saloon Ltd received tax credits of €1 million to €2 million for its Wolfwalkers series.

A report by the Auditor and Comptroller General found that on the Section 481 tax relief scheme show that 337 projects were granted €273 million of film relief in the period 2015 to 2018, thereby reducing corporation tax receipts by that amount.

The figures show that from a sample of 15 projects, 4,282 people were employed that included 2,406 extras.