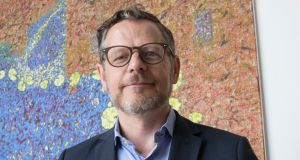 John Moran, former secretary general at the Department of Finance and now the head of the new Land Development Agency. Photograph: Liam Burke/Press 22

So many Irish problems stem from one thing – poor planning. That was the takeaway from this year’s Dublin Economics Workshop conference, which took place at Whyte’s Hotel, Wexford, over the weekend.

Regardless of the issue – the children’s hospital controversy, broadband, transport, housing, health, climate change – the conversation unerringly turned to the problem of sustainable development, something we seem unable to get right.

Low rise, low density urban development has created an urban sprawl in several parts of the State, most obviously Dublin, resulting in congested roads, poor public transport systems and soaring property values. This has perpetuated great inequality and resulted in a lopsided economy centred around the capital.

Similarly unregulated, unplanned one-off housing in the countryside has reduced the quality of rural services. The principal reason why the cost the National Broadband Plan is an astronomical €3 billion is because of the sporadic nature of rural housing, which makes the per unit subsidy cost of running lines into these homes huge.

In his keynote address to the conference on Friday, Robert Watt, the secretary general of the Department of Public Expenditure, said one of the State’s biggest “structural failings” related to land use and the need to build up cities “in a much more compact, densified way”. This would unlock a myriad of infrastructural projects like Metro North on a cost-benefit basis. Big transport projects need a critical mass of users .

His point was echoed by John Moran, the former secretary general at the Department of Finance and now the head of the new Land Development Agency. He said current planning guidelines were completely out of kilter with “densified” urban development and sustainable transport of the kind we see in European capitals such as Copenhagen. The prospect of having an additional two million people in the country by 2050 necessitated a complete rethink of how people lived, he said.

It was reassuring to hear senior policy wonks talk like this, but has the horse already bolted? It’s hard to see how we can reverse decades of bad planning or to see how the Government’s blueprint for the future – Project Ireland 2040 – will put us on a more sustainable path.