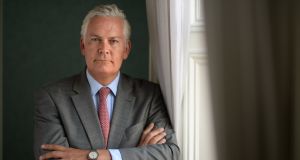 Despite an emergency fund-raise of $3.76 million (€3.39 million), the clock is still furiously ticking at oil and gas explorer Providence Resources.

And having managed to sell investors on the notoriously difficult prospect of extracting oil from the ground under the sea, chief executive Tony O’Reilly jnr now has to sell them on himself after a series of setbacks over the past few months.

In March last year Providence agreed to give Chinese company Apec a 50 per cent stake in its most promising prospect, Barryroe. In June, however, the company said it had not received the initial payment from Apec. A series of subsequent deadlines for receipt of the funds have been missed and now a final deadline – which Providence refers to as a backstop – of September 30th has been set.

Unsurprisingly, investors at the company’s annual general meeting were concerned that the Chinese had pulled the wool over Providence’s eyes. Not so, protested O’Reilly, who says he calls the Chinese before he even gets to brushing his teeth at 4.30am every morning.

The money is held in a HSBC account, the meeting was told. Although investors pondered how funds could be tied up in a global, professional bank such as HSBC, they were assured that this wasn’t the first example of banks “sterilising funds”.

And what do the Chinese have to say for themselves? Well, apparently they’re embarrassed at the delay and the fact it forced Providence to raise fresh funds. Losing face, O’Reilly said, is a big deal in their culture.

In any event, he fundamentally believes they will deliver, he said.

While his optimism may buoy the spirits of those hoping their money hasn’t even been sufficient to pay for the digging of a hole in the ground, it may not be enough to protect him if the Chinese funds don’t come good.