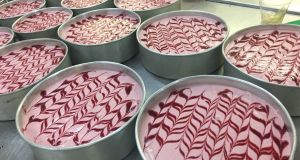 The Longford Terrace Residents’ Association lodged a planning appeal in relation to the cafe.

Retail chain Avoca has emerged victorious in its battle to retain the operation of a cafe at one of its Dublin outlets.

An Bord Pleanála gave Avoca permission to retain a change of use from creche to cafe at its Monkstown outlet in the face of opposition from a group of locals.

The board concluded that the proposed development “would not injure the viability and mix of uses in the area and would not lead to an over-concentration of cafe/restaurant uses in the area”.

Last year, Dún Laoghaire Rathdown County Council gave the project the green light. However, this was put on hold after the Longford Terrace Residents’ Association lodged a planning appeal with the appeals board.

The association told the appeals board that Monkstown already suffers problems associated with considerable traffic hazard as a result of inadequate parking provision. It claimed the development for which retention permission was being sought could result in a permanent and negative impact on the area’s architectural heritage.

The appeals board also concluded that the Avoca operation would not seriously injure the visual or residential amenities of the area or of property in the vicinity and would not adversely affect the character of the Architectural Conservation Area or of the neighbouring protected structures.

Consultants for Avoca, a chain owned by Aramark, told the appeals board that the development of the Avoca Courtyard Café plays a key role in adding to the vitality and vibrancy of Monkstown Crescent.

The consultants stated that the use is appropriate for the designated neighbourhood centre and complies fully with planning policy.

1 My aunt never told us that Gran passed away with no will
2 Green Party TD queries ‘usefulness’ of another appeal in €13bn Apple tax case
3 Government to push through €2bn credit guarantee scheme next week
4 The $6bn judgment pitting Nigeria against Irish businessmen
5 If it’s safe to do so, could this be the time to spend for Ireland?
6 McKinsey warned Wirecard a year ago to take ‘immediate action’ on controls
7 Brussels plans attack on low-tax member states
8 Costs and borrowing rules locking a generation out of home ownership, builder warns
9 Covid anxiety among domestic holidaymakers could sink this summer
10 Majority of employees don’t want to return to pre-Covid working patterns
Real news has value SUBSCRIBE