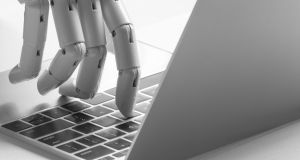 As employment picks up, workers get pickier and firms have to pay more, and therefore wages should rise. Image: iStock

“Wageless growth” is how the Organisation for Economic Co-operation and Development (OECD) described it – the return to pre-crisis levels of employment without a corresponding pick-up in wages. It’s been one of the great economic mysteries of the past decade: how the rapid recovery in employment in countries such as the US and the UK has coincided with slow or nonexistent wage growth.

It was a factor in the Brexit vote and in the election of Donald Trump, and has triggered speculation that we may be entering a new paradigm linked to digitisation, the gig economy and/or the general shift away from industrial-based economic activities to service-based activities, which are often characterised by low wages.

In a report this week, the OECD highlighted the role of “superstar” tech firms in this shift. Such firms are driving productivity but employing fewer workers than traditional industries. This is resulting in less income going to workers.

Normally when economies tend towards full employment, wages begin to rise as employers chase a shrinking pool of labour, but instead we’ve been having a low-wage, jobs-rich recovery, or what the OECD calls “wageless growth”.

On one level, Ireland is at the centre of this debate as it plays hosts to many of these big tech juggernauts that seem to be driving national income, albeit an income that doesn’t seem to be trickling down to the average worker at the same rate as in previous eras.

Then again, the crash here was so spectacular, and the fall-off in employment so large – unempoyment rose to nearly 16 per cent in 2012 – it’s understandable why wages have been slow to recover. Typically crashes of this nature force workers to accept low-paid jobs or pay cuts, which weighs on overall wage growth.

But as employment picks up, workers get pickier and firms have to pay more – it’s basic supply and demand – and therefore wages should rise.

While it’s hardly earth-shattering to suggest some in-vogue sectors such as finance and IT will benefit more, it seems the new world order has made this disparity in wage gains more pronounced.