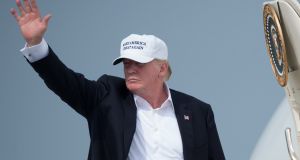 Could a trade war with the US bring an increasingly fragmented, populist-riven EU closer together? This was suggested by Financial Times commentator Gideon Rachman in a column on Monday.

Not only is the bloc deeply divided along the political fault line of the day – immigration – with populist and nationalist movements forming an increasingly strong bulwark against the traditional Franco-German consensus, it also finds itself flanked by two openly hostile superpowers, the US and Russia.

Given its military inferiority, Europe’s strongest asset, argues Rachman, is its 500 million-strong internal market, access to which even the US can’t be too blasé about.

“The size of the European internal market offers its nations some form of protection against bullying from Washington, as well as the possibility of meaningful retaliation,” Rachman writes.

The strategic importance of staying unified on trade may ultimately stem the anti-establishment policies being pursued by governments in Italy, Poland, Hungary, Austria and Slovenia.

Europe’s collective economic power is also reflected in the ongoing Brexit negotiations and the EU’s steadfast adherence to the notion that the UK can’t be allowed to cherry-pick some of the benefits.

Hence Rachman makes the point that US president Donald Trump’s threat of further trade tariffs – this time on cars, Europe’s most valuable export to the US – could act as a unifying force in a time of great internal division.

The European Commission is already preparing retaliatory measures if Trump follows through on this tariff threat.

Of course, this might be wishful thinking. The immigration issue, interwoven as it is with the re-emergence of hardline nationalism, now represents a formidable challenge. The EU’s inability to collectively deal with it has led to political crises, most recently in Germany and Italy, and the agreement reached at last week’s summit did little more than paper over the cracks.