Riverside Centre will have 15 retail units, a cinema, cafes and restaurants 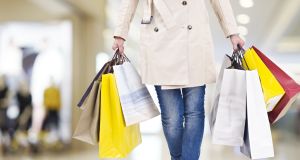 The Riverside Centre development will be the biggest commercial development in Tullamore in more than a decade. Photograph: iStock

Planning permission has been granted for a new €20 million retail centre in Tullamore, Co Offaly, that its developers say will employ 240 people when opened.

According to the planning application submitted by local firm Flanagan Properties Ltd, the Riverside Centre will have a mix of 15 retail units, a cinema, a number of cafes and restaurants, as well as eight residential units.

Flanagan Properties estimates that 100 jobs will be created during the construction phase. The development will be the biggest commercial development in Tullamore in more than a decade.

Local Fianna Fáil councillor Tony McCormack said the news was a “huge boost” for the retail sector in Tullamore.

“We have been lacking in units big enough for high-street retailers but now we have some. It will also be a tide that rises all boats. The more people that the centre brings into town the bigger the footfall and all shops and businesses will benefit,” he said.

“The 240 jobs are a huge amount for a town like Tullamore. We’ve been talking about there being a lack of retail in Tullamore and this is a great opportunity for the town,” he added.