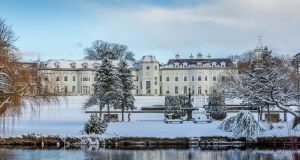 All eyes are now on the sale of The K Club, which was originally placed on the market as far back as July 2018 for € 80 million. Recent reports suggest a sale of this valuable asset may soon finally complete

Unlike in 2018, there were no significant hotel portfolio deals in 2019. Instead, transaction volumes were primarily driven by “big ticket” Dublin hotel sales. Indeed, international investors, focused on high-quality Dublin hotels, accounted for two thirds of total transaction activity in 2019.

Canadian money is one to watch in 2020 in our view – it is a capital pool which has already quietly invested around €12 billion in real estate across Europe since 2017.

Provincial activity was limited in 2019, with most of the transaction volumes concentrated across four sales in Wicklow and Galway.

Wicklow saw Druid’s Glen and Powerscourt change hands, with both being acquired by existing large-scale Irish hotel owners. In Galway, Alanis Capital completed their purchases of the G Hotel and Meyrick Hotel, adding them to a coveted portfolio that now also includes The House Hotel.

All eyes are now on the sale of The K Club, which was originally placed on the market as far back as July 2018 for € 80 million. Recent reports suggest a sale of this valuable asset may soon finally complete, after it exchanged in recent days, albeit well below initial expectations.

Excluded from our € 600 million estimate, is a further € 100 million of hotel development sites which transacted in 2019, as cash-rich hotel operators sought a foothold in the Dublin market. These deals included Red Carnation’s € 20 million acquisition of Hatch Hall, Whitbread’s € 18.5 million acquisition of Twilfit House and Leonardo’s € 17.5 million purchase of a site in Portobello.

Oakmount’s €11 million sale of 55 Fumbally in Dublin 8 to The Collective, established a new trend in the market, one of co-living operators targeting and securing traditional hotel sites.

Hotel construction continued at pace in Dublin in 2019, with recent city centre openings including the Hyatt Centric, The Marlin, The Moxy and The Grafton.

We estimate that Dublin will see an additional 3,600 keys open between now and the end of 2020, a 15 per cent increase on current supply. Planned openings include The Mayson, Hard Rock Dublin, The Wren and Premier Inn South Great Georges Street.

One of the most acquisitive operators in the market has been Premier Inn, owned by Whitbread plc. They secured five schemes in Dublin in the past two years and also completed their first provincial deal in 2019, a pre-let at Morrisons Quay in Cork City.

There were several challenges impacting the sector in 2019, including a reintroduction of the 13.5 per cent vat rate, continuing Brexit uncertainty and the weakness of sterling. Coupled with further new hotel supply opening in Dublin (over 1,200 new rooms opened this year), these headwinds are expected to result in a 3 per cent decline in RevPAR (revenue per available room) in the capital in 2019.

Despite headwinds in 2019, with Ireland now welcoming 10 million international visitors annually for the first time, there are genuine reasons to be optimistic.

Dublin still achieves the highest occupancy rate of any European capital and it also boasts a stronger events calendar for 2020, including Uefa Euro 2020 football matches.

Due to Brexit uncertainty, there were several hotel processes either postponed or shelved in the second half of 2019, and we expect a number of these sales to be reignited in 2020, once the UK election dust settles (hopefully).