DCU likely buyer for All Hallows College in Drumcondra 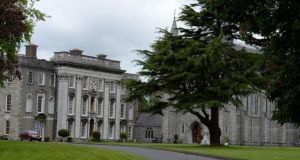 Dublin City University has emerged as the preferred bidder to acquire the All Hallows College and grounds at Gracepark Road in Drumcondra, Dublin 9. Although detailed negotiations have been ongoing for several weeks the parties have yet to reach a binding agreement.

The trust indicated it was interested in either leasing back some of the buildings or agreeing on a partnership arrangement.

However, it is not yet clear whether agreement has been reached on either of these options.

DCU’s decision to bid for the campus comes just as St Patrick’s College in Drumcondra along with the Mater Dei and the Church of Ireland College of Education are preparing to merge with DCU in the coming academic year. The location of All Hallows within 300 metres of St Patrick’s College would allow DCU to enlarge its teaching facilities as well as providing residential accommodation for more of its 12,000 students.

Last May All Hallows began a wind-down of the college’s academic operations and announced that no new students would be accepted for the 2014/15 academic career. It has 260 remaining undergraduates while a redundancy programme is designed to reduce its 75 staff by 20.

When the college announced the sale of All Hallows, its president, Fr Patrick McDevitt said “ideally” they “would like to retain a presence on campus to continue aspects of its mission”.

The college intends, however “to continue aspects of its mission whether on campus or elsewhere,” he said.

The college was founded in 1842 and has a number of outstanding buildings, most of them Victorian with the noted exception of Drumcondra House which is widely credited as amongst the finest examples of early Irish Georgian style.

It was first mentioned in 1783 and was built by Marmaduke Coghill who entered Dublin University at 14, graduated at 18 with a Bachelor of Laws and at 26 became judge of the Prerogative Court.

Drumcondra House is noted for its fine meeting rooms. The Dunboyne wing was a later addition and provides three floors of individual offices which were used as bedrooms. Purcell House, a four-storey late 19th-century cut-stone building provides 63 bedrooms, lecture halls, a café and offices, while the Senior House dating back to 1853 is a three-storey building with lecture halls, two floors of offices and a modern 80-seater library as well as a dining hall with seating for 212.

The chapel was completed in 1900 and is noted for its magnificent stained-glass windows including one by Evie Hone.