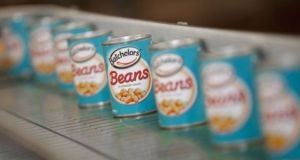 Valeo has completed 14 acquisitions since it was founded in 2010

Valeo Foods, which owns a number of well-known Irish brands, has extended its package of debt totalling €860 million and added a €35 million revolving credit facility.

The group, whose turnover recently surpassed the €1 billion mark, said the facilities have been extended to 2027 and 2028, and comprise euro and sterling denominated debt.

“The refinancing is a strong vote of confidence in the business and its future prospects by Valeo Foods’ lender syndicate,” a spokesman told The Irish Times. “The extension of its debt facilities will provide Valeo with further financial flexibility to continue implementing its successful growth strategy for the business,” he added.

The debt package comprises a four-year loan of €32.3 million, priced at 375 basis points (bps) over Euribor (the average rate of interest at which European banks lend to each other for onward lending to individuals and companies), and a €407.7 million seven-year one at 450bps.

In addition, Valeo added a €35 million revolving credit facility with a margin of 425bp over Euribor.

The group has been on the acquisition trail in recent years with 14 deals since it was founded. Last year it acquired crisp manufacturer Kettle Foods for €75.2 million and Christmas pudding producer Matthew Walker for €74.6 million. Combined, those deals have added about €155 million in annualised sales to its revenues.

Valeo was created in 2010 by Cavan financier Séamus Fitzpatrick’s London-based investment company CapVest Partners. It was originally used as a vehicle to acquire two separate Irish businesses, Batchelors and Origin Foods. It has since expanded from an exclusively Irish food business into a global one comprising multiple brands and lines.

Valeo employs about 3,300 people across 25 sites in Ireland, Britain, the Netherlands, Italy and the Czech Republic.