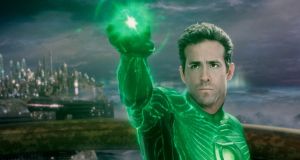 Actor Ryan Reynolds is the latest Hollywood celebrity to strike a deal with Diageo after selling his Aviation American Gin brand to the drinks giant for $610 million (€514 million).

Diageo said on Monday that it was paying an initial $335 million for Aviation American, in which Mr Reynolds is a major shareholder, along with three other spirits, through the acquisition of the Davos Brands.

The remaining $275 million will be paid out over 10 years to Davos shareholders and Mr Reynolds depending on the performance of the brands.

Mr Reynolds, who will maintain an ownership interest in Aviation American, has also signed an agreement to continue working on the marketing of the gin over the next decade.

The deal is Diageo’s fourth big tie-up with a celebrity-fronted alcohol company - part of a wider strategy at the UK-based drinks conglomerate of buying small, high-growth premium spirits brands across different categories.

In 2017, it bought the actor George Clooney’s Casamigos tequila company for $700 million in a transaction that included a similar performance-related payout subject to Mr Clooney remaining involved with the business.

The world’s biggest drinks company in 2014 teamed up with P Diddy in a 50-50 joint venture to buy DeLeón tequila, having already struck a $100 milliuon deal with the US rap star to market Cîroc vodka in the US. It also has a partnership with the footballer David Beckham for its Haig Club whisky.

Although Mr Reynolds’s stake in Aviation American Gin, which he bought in 2018, is undisclosed, a source close to the business said it was “substantial”.

Mr Reynolds said he bought into the brand “because I love the taste of Aviation more than any other spirit”, adding that working on its creative direction had been “among the most fulfilling projects I’ve ever been involved with”.

The deal caps a recent run of success for the actor who earned $40 million from Netflix for his two most recent films 6 Underground and Red Notice, according to Forbes, which put him among the highest paid actors this year with a net worth of $71.5 million.

A typical bottle of Aviation American Gin costs $27 in the US, where the overall gin market has remained relatively flat compared with the drink’s fast-growing popularity in Europe.

So-called super premium gins such as Aviation American have gained momentum following a trend of consumers looking to drink less alcohol but trade up to higher-quality brands when they do.

The segment more than doubled its share of the overall gin category between 2014 and 2019, according to drinks industry analytics group IWSR, making it the fastest-growing spirit type in the US.

The acquisition will add to the drinks giant’s portfolio of gin brands, which include Tanqueray, Gordon’s and the Italian premium brand Villa Ascenti.

Diageo said that in the year to the end of June, gin sales, which make up 5 per cent of its net revenues, fell 4 per cent mainly because of the impact of lockdowns in Europe. Before coronavirus, sales of the spirit had been growing with a like-for-like increase in net sales of 7 per cent in the six months to the end of January.

Debra Crew, president of Diageo North America, said she expected “continued momentum” for Aviation American in the US and that she was “confident that with Ryan’s global reach that Aviation Gin can expand internationally”.