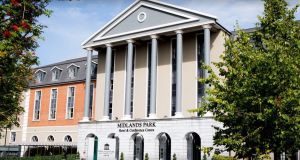 Election is set for Thursday, June 27th at the Midlands Park Hotel in Portlaoise, Co Laois

Three candidates will vie to become the next president of the Irish Cattle & Sheep Farmers’ Association (ICSA) at a vote next month.

Nominations closed on Friday evening with Hugh Farrell from Co Cavan, Dermot Kelleher from Cork West and Edmond Phelan from Co Waterford now in contention for the position.

Mr Farrell is a suckler farmer from Ballyconnell and is currently the chair of ICSA’s Animal Health and Welfare committee.

Mr Kelleher, also a suckler farmer, from Inchigeelagh currently holds the position of ICSA vice president for Munster having previously served as chair of the association’s suckler committee.

Finally, Mr Phelan is a beef farmer from Fenor and a former ICSA beef chair, a role he held for six years. He is also on the management board of ICSA.

“We have three great candidates. ICSA will be in a strong position going forward, whichever one is victorious on the night,” an ICSA spokesperson said.

The election is set for Thursday, June 27th at the Midlands Park Hotel in Portlaoise, Co Laois.