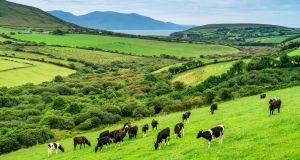 The report indicates that the Covid-19 crisis is exacerbating issues that already contribute to food insecurity. Photograph: iStock

Ireland remains among the best countries in the world in terms of food security at a time when there has been a continued rise in shortages globally, according to a new study.

Finland leads the world in food security, according to the report, which surveys conditions such as affordability, availability, quality and natural resources across 113 countries. Ireland is ranked in second place once again, having previously held the top spot in 2017.

The Global Food Security Index, which is compiled by the Economist Intelligence Unit on behalf of Corteva, also considers food security in the context of income and economic inequality, gender inequality, and environmental and natural resources inequality.

The latest edition of the index shows that, overall, global food security continues to decline due to factors that include climate change and intensive farming.

Europe accounts for eight of the top 10 countries in this year’s index, although the continent comes second behind North America for overall food security.

The report indicates that the Covid-19 crisis is exacerbating issues that already contribute to food insecurity, according to the index’s authors.

“In the agricultural sector, smallholder farmers, the majority of whom reside in rural areas, have suffered a significant loss of income as lockdowns have prevented market access and interrupted the planting season,” they said.

The index says that global food systems had been under strain even before the pandemic, with many countries struggling to increase productivity, adapt to a worsening climate and reduce environmental harm.

Agricultural production has become more vulnerable in 49 countries over the last year, due primarily to climate change.

“It is critical that climate risk becomes a core part of the dialogue on food security. We hope this will drive much-needed action on developing policies that can build a stronger and more sustainable global food system,” added Pratima Singh, project lead for the index.