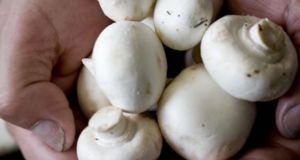 Donegal Investment Group, formerly Donegal Creameries, has reported a decline in profit and revenue for the six months to the end of February

The slippage had been driven by lower seed-potato prices which are now a core part of the business. The group, however, saw its financial position improve significantly following the sale of non-core assets, including a 30 per cent stake in the Monaghan Middlebrook Mushrooms business. This disposal was the subject of an extended legal battle with Elst, the majority shareholder, which was settled earlier this year when Donegal accepting a payment of more than €45 million.

This, and other sales, meant the company’s net cash balance jumped to €46 million in February from a debt of €16.4 million this time last year.

“The group’s financial position has changed significantly in the past 12 months which reflects the group’s successful monetisation of assets which generated low returns on capital or were not within majority ownership or control of the group,” it said.

The move, which will mean more than 50 per cent of the average shareholding redeemed, will be voted on by shareholders at an egm in May.

The group’s latest interim results show Donegal generated a pretax profit of €2.8 million for the six-month period to the end of February, down from €3.2 million 12 months ago.

Group revenue also fell by €2.2 million to €44 million, largely due to the reduction in the availability of seed potato following lower than expected yields across Europe during the 2017 seed crop harvest.

“Adverse weather conditions across all European growing areas resulted in lower than expected yields, in turn giving rise to a reduction in the availability of seed potato,” it said.

This resulted in volumes sold being marginally lower than planned in some key markets, but Donegal said some of the volume losses were offset by improved trading margins.

“Our speciality dairy business continues to experience good volume growth with a number of additional listings being achieved with key customers in the UK,” said Donegal.