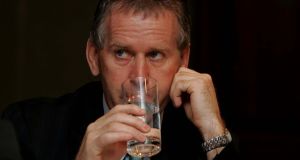 The bulk of the increase came in the form of enhanced stock awards, which, under the company’s long-term incentive plan (LTIP), rose by over 200 per cent to $2.34 million, Kerry Group’s latest annual report reveals.

Mr McCarthy, who stepped down in September, saw his basic salary rise 2 per cent to $1.48 million in 2017 while his pension contributions and other benefits rose 7 per cent to $474,000.

He was also afforded a performance-related pay bonus of $1.67 million, up from $1.34 million the previous year.

The company reported a 4.2 per cent increase in trading profits last year to €781 million, driven by robust growth in its taste and nutrition business.

A spokesman said Mr McCarthy’s increased level of remuneration was performance-related and had nothing to do with his departure. The Kerry native had been with the group for four decades, serving as chief executive for nine years from 2008 to 2017.

According to the annual report, Mr Scanlon will be paid a basic annual salary of €1.05 million, which is 20 per cent lower than that of his predecessor.

However, the company said this would be reviewed on an annual basis in line with performance.

The report showed Mr Scanlon’s performance-related pay and his stock awards for the period from October 1st, when he took over, to December 31st totalled €326,000.

Gerry Behan, president and chief executive of the taste and nutrition business, was the second-top-paid executive at the group last year, with total remuneration of $3.65 million, up 62 per cent on the $2.24 million he was awarded in 2016

Influential shareholder advisory group, Institutional Shareholder Services (ISS), said it would be issuing an advisory notice on Kerry Group closer to the company’s annual general meeting on May 3rd next.

In the annual report, chairman Michael Dowling paid tribute to Mr McCarthy, saying his “vision for the growth of the business and his unrelenting customer-led focus” underpinned the success of its fast-growing taste and nutrition business.

Last year, it made eight acquisitions, mainly in the taste and nutrition sector, at a cost of nearly €400 million.

The board is recommending shareholders receive a final share dividend of 43.9 cent per share. Together with the interim dividend of 18.8 cent per share, this would bring the total dividend for the year to 62.7 cent, up 12 per cent on 2016.