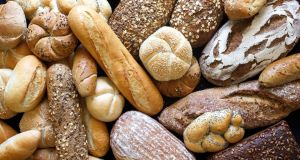 Dermot Murphy’s departure from Aryzta is the latest at the beleaguered owner of Cusine de France. Photograph: iStock

Mr Sklikas, former EMEA chief operating officer with Friesland Campina, will join Aryzta at the end of May. Mr Murphy will depart at the end of August, providing some support during the transition period.

“Dermot has provided great leadership and support during a period of significant change and transition for the group,” said Aryzta chief executive Kevin Toland. “I would like to express my sincere thanks and appreciation to Dermot for his invaluable contribution to Aryzta throughout his 20 years’ service, and to wish him well in his future endeavours. At the same time I want to welcome Gregory, who brings a wealth of experience and achievement across the food sector in Europe. ”

Mr Sklikas spent 11 years with Royal Friesland Campina and 14 years with Unilever. As chief operating officer, EMEA ,for Friesland Campina, he had responsibility for €4 billion sales, 10,000 people, 14 operating companies, overseeing 35 countries and 21 factories in the region. He also previously ran the business in southeast Europe and Greece.

Mr Murphy’s departure is the latest at the beleaguered Cusine de France owner. It lost its long-standing chief executive Owen Killian and two other senior executives 12 months ago following a series of profit warnings and disappointing financial results. Mr Toland joined the company in September 2017.