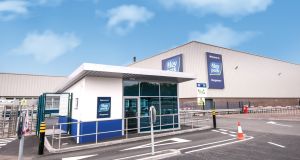 Moy Park believes many of the jobs would be “particularly suitable” for people who may have worked in the hospitality industry before.

Moy Park, one of Europe’s largest poultry processors, is set to create “hundreds” of temporary jobs at its Northern Ireland sites because of a “heightened demand for chicken produce”

The food company, which is owned by the US group Pilgrim’s Pride, said its decision to increase production at its facilities in the North is a direct response to the change in shopping patterns created by the coronavirus.

It plans to recruit people to work in a range of roles from agriculture to production operations. The roles will be based across the company’s sites, including Dunngannon, Co Tyrone, Craigavon, Co Armagh and Ballymena, Co Antrim.

Moy Park believes many of these jobs would be “particularly suitable” to people who may have worked in the hospitality industry because they are aware of food hygiene and safety regulations.

Thousands of people in the North who had previously worked in the hospitality sector have lost their jobs this week as pubs, restaurants and cafes have been forced to close because of the impact of Covid-19.

Kirsty Wilkins, Moy Park HR and performance director, “There has been a noticeable increase in grocery sales as people practise social distancing and self-isolate.

“This has resulted in a heightened demand for chicken produce and with it, opportunities in the sector to meet this demand. We are keen to support individuals who are looking for short term employment to meet changing consumer purchasing habits.”

its Northern Ireland sites including primary production sites in Dungannon and Ballymena and also at its processing site in Craigavon.