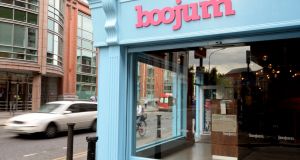 Expansion costs at the company behind the Boojum chain of restaurants last year contributed to a 48.5 per cent rise in its pretax losses to €970,778.

Accounts filed by Modern Restaurant Concepts Ltd show that revenues at the business increased by 28.5 per cent to €23.72 million in the year to the end of April 28th last.

The casual Mexican burrito restaurant business, which had 18 outlets as of last April, is led by 2018 EY Entrepreneur of the Year finalist David Maxwell. The brand operates outlets in Dublin, Limerick, Galway, Cork, Derry, and Belfast.

The group’s exceptional costs last year totalled €903,005. Exceptional items arose from pre-opening costs of €212,284, other non-recurring items of €314,852 and the impairment of fixed assets of €376,869. The directors said they recorded the impairment after deciding not to proceed with a planned store opening.

The group’s operating profits before exceptional items decreased 71.5 per cent from €744,269 to €212,153 mainly as a result of a sharp rise in non-cash depreciation charges.

The directors of the company said its “underlying performance continues at market trading levels” and that the group was “expected to continue to benefit from substantial recent investment to open more outlets across the island of Ireland”.