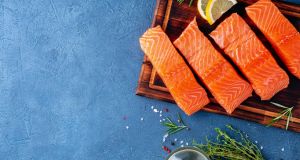 William Carr and Sons operates a production facility in Killala, focused on smoked salmon production with sales predominantly to retail

The company behind the well-known Nolans Seafoods brand has been acquired for the second time in six years in a €6.5 million deal.

Mondi picked up the business for an undisclosed sum after Ulster Bank appointed receiver Kieran Wallace of KPMG to take control of the business earlier that same month.

William Carr and Sons operates a production facility in Killala, focused on smoked salmon production with sales predominantly to retail. Last year it reported revenues of €11.5 million and a pretax profit of €900,000.

The company is best-known for its Nolan Seafoods brand, which is one of the most-recognised salmon brands in the Republic.

ISI said it intends to grow the company in the UK with a view to obtaining around 50 per cent of group profitability from retail.

“Iceland Seafood sees the proposed acquisition of Carr & Sons as a great fit to the group’s strategy to focus on growing value-added activities in markets where we have a strong platform and market position. The acquisition will further strengthen the group position servicing the Irish retail market,” it said.

This is ISI’s second Irish acquisition. It acquired Oceanpath from the Ecock in a deal valued at around €13 million in March 2018. Oceanpath’s brands include the Dunn’s of Dublin brand.

ISI is headquartered in Reykjavik and listed on the Nasdaq First North bourse. It has operations in eight countries and has more than 600 employees It generates annual sales of €450 million.

1 Level 5 restrictions risk pushing economy into double-dip recession
2 Covid-19 has shown that much of ‘normal’ life should have been binned years ago
3 Cabinet to agree on implementing EU travel plan
4 Pfizer to seek FDA approval for Covid-19 vaccine in November
5 Johnny Ronan loses out in court battle on 13-storey docklands plan
6 ‘Lockdown lobby’ needs to explain why this time would be different
7 IBM beats analysts’ forecasts with gains in cloud services
8 New hotel planned for Dublin’s Liberties
9 Technical glitch disrupts trading on Dublin and other Euronext markets
10 I tried out deep fake app Doublicat. The results were terrifying
Real news has value SUBSCRIBE