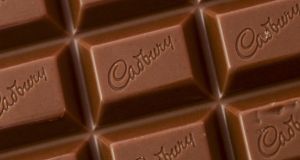 If the company is found guilty of anti-competitive behaviour it would be in breach of EU antitrust rules, the European Commission said in a statement. Photograph: iStock

Regulators in Brussels have opened a formal antitrust investigation into whether Cadbury maker Mondelez has restricted competition by hindering the cross-border trade of its products in the EU.

If the company is found guilty of anti-competitive behaviour it would be in breach of EU antitrust rules, the European Commission said in a statement.

“We are opening a formal investigation to see whether Mondelez, a key producer of these products, might have restricted free competition in the markets concerned by implementing various practices hindering trade flows, ultimately leading to higher prices for consumers.”

She said that trade in the internal market “can lower prices and increase the variety of products” sold in the EU.

The EU said it was worried that Mondelez may have restricted the so-called ‘parallel trade’ of its chocolates, biscuits and coffee between EU member states through agreements and unilateral practices. – Copyright The Financial Times Limited 2021