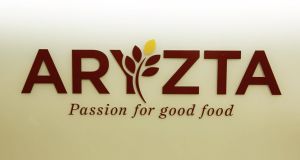 Trading of Aryzta’s shares on Euronext Dublin will cease on March 1st at 5.30pm

Aryzta’s Irish investors who hold shares that are tradable on Euronext Dublin are being told to contact their broker or financial adviser to discuss switching into stock that can be traded on the company’s main market in Zurich.

Otherwise they will be left holding shares, or what are known as Crest Depository Interests (CDIs), that can only be sold outside the stock market.

The bakery group’s board announced on January 18th that it plans to scrap its secondary listing in Dublin in favour of its primary listing on the SIX Swiss Exchange in Zurich. The decision reflected the relatively low level of trading in Aryzta shares on Euronext Dublin compared with the SIX Swiss exchange, and a move to simplify regulatory requirements and reduce central costs.

Trading of the shares on Euronext Dublin will cease on March 1st at 5.30pm, Aryzta said in a letter sent to shareholders on Thursday.

“You need to take action and you are advised to immediately contact your broker or financial adviser to discuss what action to take before 1st March 2021,” Aryzta said in the letter.

The options are for CDI holders to tell their broker or custodian to exchange their CDIs for the underlying Swiss-listed shares through the Crest share settlement system – or sell their holdings on Euronext Dublin before the Irish listing is cancelled, it said.

“CDI holders that take no action will continue to hold their CDIs within the Crest system. However, these CDIs will no longer be traded on any public exchange after the Euronext Dublin list is cancelled on 1st March 2021,” it said.

CDI holders who take no action will be restricted to trading outside a stock market.

“Off-market means trading is less liquid and dependent on finding a willing buyer and seller outside the public exchange. This is a less-transparent system of trading and price determination and likely to involve additional cost,” it added.

Less than 4 per cent of Aryzta’s shares are now listed on Euronext Dublin in the form of CDIs, reflecting how large institutional shareholders, including some Irish funds, are using the more active Swiss exchange to trade the stock.

Aryzta, which owns the Cuisine de France brand in Ireland and is a supplier internationally to the likes of Subway, McDonald’s and Lidl, traces its roots back to the 1897 foundation of the Irish Agriculture & Wholesale Society (IAWS) on Thomas Street in Dublin. IAWS floated in Dublin in 1988.

It has been the subject of a high-profile boardroom coup and abortive takeover attempt in the past year and is now in the process of selling non-core assets, including its North and Latin American units.