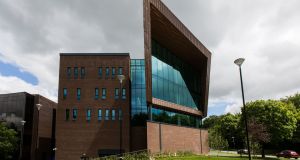 The move by UL has sparked anger among some parents and students who say they have paid up to €6,000 in accommodation fees for next year. Photograph: Sean Curtin/True Media

University of Limerick has said most students will be allowed on campus for just one week each month when the new academic year gets underway in September.

In addition, it says almost all lectures will be delivered online - during on and off-campus weeks - due to space constraints created by physical distancing requirements.

However, there will be face-to-face teaching for labs and tutorials during weeks that students are on campus.

The move has sparked anger among some parents and students who say they have paid up to €6,000 in accommodation fees for next year.

One parent who contacted The Irish Times said her daughter had booked accommodation for €6,000 and faced fees of €3,500.

“Accommodation on a one week per month basis does simply not exist in third level. All media attention is centred around getting younger kids back full time, while the fee paying third level students have just been abandoned by their university,” the parent said.

“There will be no fee reduction to reflect that her course is now just basically an online course.”

However, a UL spokesman said the move had been well flagged and all decisions were taken in line with the Government’s public health guidelines.

UL’s move to limit most students to one week in four appears to contrast with the approach of some other universities.

While all say they are planning blended learning - a mixture of in-class and online teaching - most say they expect students will be on campus for about half the normal week.

UCD, for example, says it expects most undergraduate students will be in classrooms for around 40-60 per cent of the normal schedule.

Maynooth University says most students will be on campus for 50 per cent of the normal timetable.

The email states that first year undergraduate students will spend four of the 12 weeks of the coming semester on campus. All other students on taught programmes will spend three weeks on campus in every 12.

In order to minimise the risk of virus transmission, the email states that priority will be given to students accessing educational facilities during their scheduled on-campus weeks including the library and other study areas.

Access to buildings and sport facilities for extra-curricular activities will be managed by the respective clubs and societies.

A UL spokesman said the move had been signalled earlier this summer when it indicated only a certain percentage or cohort of students may be able to be on campus and accessing the facilities at any one time.

“It is important to note that all decisions have been taken in line with the Government’s public health guidelines, the requirement for social distancing and to prevent the spread of infection and keep the campus - and wider - community safe,” he said.

The email from Prof Mey says UL’s blended approach of on-campus and online learning aims to minimises the risk of a Covid-19 outbreak by using “social bubbles” - keeping year groups together - and a “circuit breaker”, or periods off campus. This, it states, is based on scientific insight into the spread of the virus.

It adds that students’ on-campus weeks will resemble a regular teaching week as much as possible.

While lectures will be delivered online during these on-campus weeks, face-to-face teaching for labs and tutorials will take place, This is up to three contact hours per week in each module a student takes.