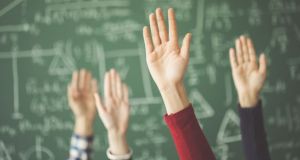 Campaigners have expressed frustration that primary schools in affluent parts of south Dublin are resisting attempts to set up special classes for children with autism.

The Department of Education on Friday published a list of 39 schools which will be compelled to set up special classes for more than 80 children with autism and other special needs who do not have a school place.

However, campaigners say the list includes only a handful of schools in postal districts such Dublin 2, 4, 6 and 6W where, they say, there is an acute shortages of places.

The Involve Autism campaign group said that while it welcomed plans to compel schools in the region to open special classes, many parents were upset that there will still be none in their area.

It said the process for identifying schools was flawed and questioned why some schools did not engage in the process and whether site visits were conducted to establish if schools had space for new classes.

“Schools will say we don’t have the space, we can’t do this, we can’t do that, but they seem to be able to do it in other areas so why can’t they do it in ours?” asked Include Autism chairperson Miriam Kenny.

She said the Department of Education and the National Council for Special Education had a chance to end the practice of “continuing discrimination in many south Dublin schools for once and for all.”

“Instead they have completely fudged it, not addressed the underlying issue and a vast majority of schools will continue to discriminate while at the same time talk about inclusion,” she said.

Adam Harris, chief executive of autism charity AsIAm, said it welcomed the fact that the legislative process has led to a number of schools volunteering to open autism classes in September and further 39 being compelled to do so.

“Every school has a duty to cater for all students and for too long, too many students in south county Dublin have been discriminated against,” he said.

He agreed that it appeared that some areas were continuing to fail to play their part or to be challenged seriously in this regard by the authorities.

“The purpose of inclusion is for every child to be able to be educated in their local community and this principle should always be maintained, irrespective of your post code.”

He also expressed concern that the announcement did not provide clarity for 38 students in south Dublin who have been identified as requiring a special school place, rather than a special class.

These children tend to have a more complex condition and required extra support.

“There is a clear identified need from the NCSE’s review and yet in the month of July, parents still do not know if their child will have a special school placement in September. We urgently need clarity from the department in this regard,” he said.