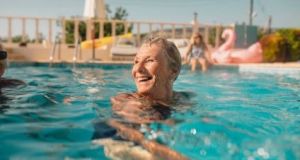 Old age is a privilege, a gift, a grace. It is to be enjoyed, celebrated and valued. Photograph: Getty

Under Level 5 pandemic restrictions the “over-70s” have been treated more or less the same as the rest of the population. This is in contrast to the heavy-handed “cocooning” policy adopted in the spring.

It is, of course, understandable that the National Public Health Emergency Team should identify older people as vulnerable to infection. But any designation of the “over-70s” as a homogeneous group is flawed.

Sociologists now divide old age into different stages, from young to advanced. Across the whole spectrum there are varying degrees of physical and cognitive capacity. Recognition of these nuances counteracts misleading and outdated stereotypes.

It is more than a generation since ageism was identified as a form of discrimination and that issues such as mandatory retirement and other workplace practices were challenged. But negative stereotypes persist and perpetuate a false perception of life after pension age.

Attitudes range from aversion to patronising. Old age is seen as a disease, at odds with living a normal life. That such stereotypes are internalised by many older people themselves has been identified as a key issue in holistically healthy aging.

The American geriatrician William H Thomas believes that since the second World War society has extended the range of adulthood to both childhood and old age. Children are now raised as small adults: and the specific quality of old age, expressed as moving from a stage of activity to a stage of active being, is unrecognised. This is to ignore the needs and capacities of both stages of life.

To counteract this situation Thomas proposes “conscious ageing” as distinct from just drifting into the condition. He has founded Elderhood Alternative with the rallying cry of Elderhood Arise!

In the same spirit the Sage-ing International movement aims to promote awareness of conscious ageing among the aged themselves . A paradigm shift to a holistic view of ageing is the aim.

The Sage-ing movement aims to help older people redress the negative images of old age which they themselves often internalise. Such images are barriers to the understanding of the value of lived experience and how it can be put to use for personal growth and for the benefit of family and community.

The Sage-ing movement provides resources, programmes and exercises to guide people along this way of living. Embarking on such a journey requires commitment, persistence and time. It is simple but not easy.

The more people who are motivated to take charge of their own ageing, the lesser the burden on the public health and social services system

“Sage-ing” is a contemporary adaptation of the wisdom of the Judaeo-Christian tradition and of other world religions. It reflects the myths of many cultures. It is the story told by Homer as the second journey of Odysseus in his old age after his return home from Troy.

A conscious approach to old age facilitates resilience in this pandemic. We see it every day in those “over-70s” who are walking, swimming , Zooming . . .

Nor is cocooning itself a barrier to quality of life for those who have learned to savour the satisfaction of being old. At the same time, those fortunate enough to enjoy good health should not be deprived of their usual pursuits.

Society benefits from the “sageing” cohort in its midst. The more people who are motivated to take charge of their own ageing, the lesser the burden on the public health and social services system; the lesser dependence on nursing home care, though many, because of disability, will still need such care.

Those who are “active in being old” redress the balance with the working age population in terms of the contribution they make to family and community. They are “influencers”, mentors, volunteers, and active citizens, making their voices heard in the public forum.

Old age is a privilege, a gift, a grace. It is to be enjoyed, celebrated and valued.

The last of life for which the first was made.