Sonia O’Sullivan: When travelling in Europe was a one-track state of mind 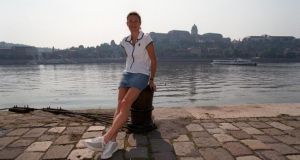 Sonia O’Sullivan in Budapest in 1998. ‘When I was competing I never got to appreciate much beyond the airport, the hotel and the stadium.’ Photograph: Patrick Bolger/Inpho

There was a time when I’d spend the entire summer travelling around Europe and all I wanted to see was the airport, my hotel, and where exactly was the athletics stadium where I was running.

It feels like another lifetime now, and I got taste of it again this week at the Lignano athletics meeting in Italy, only this time in a different way.

Even with the World Athletics Championships in far-away Doha still more than 10 weeks away, the European track season has been flowing along nicely, athletes from all over the world testing each other and themselves, chasing times, practising racing tactics.

On Tuesday evening alone there were meetings in Budapest, Lucerne and Lignano. The World University Games are in full swing in Naples, and the European Under-23 Championships get under way in Gavle, Sweden today.

Still it can all seem part of a distant past, until you find yourself boarding a flight for Venice at 7am on Sunday morning, hand-baggage only. It’s also safer that way for just a short trip. The Melbourne Track Club had a number of athletes running, and I was invited along with my daughter Sophie, who got her first taste of European racing at the 30th Lignano meeting.

For all my own travels, I’d never actually been to this meeting before, though I know the drill: you arrive in Venice airport, are met by a sign with your name on it, then head off with few other athletes on the hour-long drive to Lignano.

About 92 athletes from 26 countries make up the fields at the six-lane track of the Teghil stadium. It all feels very similar set up to the Cork City Sports.

Runners don’t need to know about the shops and beaches. The only thing they need to know is where to run and how to get to the stadium

It’s still the same deal: nice hotel, all meals provided, only these days I turn up and all I want to know is how can I fill the time before the track meeting, and explore a new city and keep myself busy.

Back when I was competing I never got to appreciate much beyond the airport, the hotel and the stadium. I still like to work out the best place to run and share this with the athletes. Most will be just doing short runs before they race, but if lucky enough to leave late the day after, then they can get out and explore the best running routes a city has to offer.

These days it’s also important to find the hotel bikes, to properly explore and have some independence. When the meeting is in Italy by the sea, it can very easily feel like a mini-holiday and I start to wonder about all those cities I used to race in, and what was outside the hotel walls.

When you are competing it’s all about saving energy and resting up; you often feel bound up until the race is over, but if you let your focus go then it’s easy to forget your purpose.

When you are at the meeting on the other side of the fence, you try to stay away and let the athletes prepare. They don’t need to know about the shops and beaches and great freedom to be had out exploring on the bike. The only thing they need to know is where to run and how to get to the stadium.

It’s always a bonus if the track is close enough that you can run home after the races, to properly warm down, and also bank a few extra miles along the way. This was always one of my favourite things to do after racing, to recruit a few willing athletes, the likes of Marcus O’Sullivan, Frank O’Mara, and Paul Donovan, and also Ray Flynn in his early days of athlete management.

It was always a great time to unwind, re-live the race, and start to plan ahead for the next race, before sitting in an ice-cold bath for 10 minutes before a late night dinner back at the hotel.

When I get to revisit a previous life, I find myself weighing up the things I miss, but also feel so detached from. The athletes are constantly changing, while many of the managers and meet directors are still the same, still keeping the show on the road.

I don’t miss the constant packing and unpacking, though the excitement of travel is always there. And I definitely don’t miss waiting around for late night start times, counting back the hours, planning when you would eat and sleep and get ready to go.

I used to be good at that; now I feel like I’ve got to keep moving. Just arriving at the track over an hour before the first international races get going, I started to wish I brought my book along. What would I do to pass the time? There is little to do at this time the athletes are in their warm-up routine, the countdown to race time already ticking.

While some things have changed, many more have remained the same. It’s hard to believe it was 25 years ago I slotted seamlessly into this regular routine, a different city but a similar track meet, on a windless Edinburgh evening at Meadowbank Stadium, when I ran a world record of 5:26.36 for 2,000m.

While waiting for the Lignano meeting to get started, I couldn’t help keeping an eye on my phone, knowing that Genzebe Dibaba was also racing 2,000m in Budapest, wondering if after quarter of a century the fastest time run for 2,000m outdoors would be eclipsed.

It seemed fitting too that Sarah Healy one of Ireland’s most exciting young talents would be in the same race.

I’d messaged the meeting director, forgetting how busy he would be, and asked for the 2,000m result. I wanted to be one of the first to know and was quietly pleased and surprised when my phone pinged in with 5:33.75.

It doesn’t really change anything, only serves as a reminder from a time before social media, and now the ripple effect of a historical shared video clip.

I could sit back and enjoy the Lignano meeting. Plenty of competitive races, a bit of unexpected rain and cooler temperatures in the stand, the little things don’t seem to have the same significance these days.

Just like old times when the meeting ended, I hopped on the bike and cycled back to the hotel, chatted about some of the races and settled in for the late night dinner. No ice bath required.