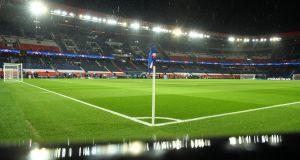 Paris St Germain have opened an investigation into a claim that club scouts recorded young players’ ‘origins’ in order to limit the number of black players at their academy, a spokesman has confirmed.

According to a report by French website Mediapart, this racial profiling took place between 2013 and spring of this year.

Based on documents provided by the Football Leaks platform, the report says PSG’s former chief scout in France, Marc Westerloppe, told his colleagues that “there is a problem with the direction of this club . . . there are too many West Indians and Africans in Paris”.

Scouts for the reigning French champions and current league leaders, the report claims, were asked to choose one of four options for every player they watched on an electronic form: French, North African, black African or West Indian.

According to Mediapart, this system prompted an internal investigation in 2014 when one scout, Serge Fournier, described Yann Gboho, a French teenager who was born in the Ivory Coast and now plays for Rennes, as ‘West Indian’ because PSG “didn’t want us to recruit players born in Africa, because you are never sure of their date of birth”.

Fournier also told the website that the drop-down menu on the electronic form “should have said white instead of French”, as all the players the national scouts recommended were French.

A spokesman for PSG, however, said that the club started a new investigation into these claims three weeks ago but disputed the suggestion that recording players’ racial backgrounds was still happening this year.

“We are talking about one recruiting unit with a manager who put that in place from 2013 until 2017, without our knowledge,” he said, before adding “all these people have left” the club.

Westerloppe now has a youth development role at Rennes, where Gboho plays and where PSG’s former sports director Olivier Letang is now president.

Supporters of PSG have reacted angrily to the Mediapart report on social media, pointing out that PSG’s youth teams are predominately black, but the case does have parallels with another Mediapart story in 2011, when it revealed an apparent plan by the French Football Federation to limit the number of black and North African players in its youth system.

That story almost cost former Manchester United defender Laurent Blanc his job as France manager, although he would quit a year later after a disappointing Euro 2012 campaign.

Claims of racism within their scouting system have come during a tough week for PSG, as the Qatari-owned club has also been accused of trying to cheat European football’s Financial Fair Play rules by artificially inflating sponsorship deals – allegations it has strongly denied.

1 Ken Early: Handball ‘crisis’ a timely distraction from the grim bigger picture
2 The Offload: Springbok heavyweights heading for Pro14
3 All in the Game: No sympathy from Bruno Fernandes
4 Malachy Clerkin: Nothing compares to rich tapestry of sound offered up by GAA match
5 Arctic conditions in Ballymena and snowflakes in Paris
Real news has value SUBSCRIBE
Crossword Get access to over 6,000 interactive crosswords