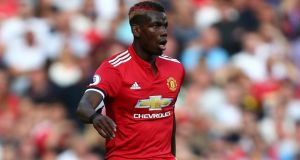 José Mourinho has been given a considerable boost by the return of Paul Pogba, Zlatan Ibrahimovic and Marcos Rojo for Manchester United’s game against Newcastle United on Saturday. All have recovered from injuries, with the manager picking out Pogba’s absence as a particular loss.

Pogba suffered a hamstring problem in a 3-0 Champions League win over Basel on September 12th. United were unbeaten at that point but surrendered that record when losing 2-1 at Huddersfield a month later and were also defeated at Chelsea in the last match before the international break.

Ibrahimovic and Rojo have been out since April after suffering serious knee problems in an Europa League quarter-final second leg win over Anderlecht.

Of Pogba’s loss Mourinho said: “Now I can speak because he’s back but you can clearly see Manchester United this season before Paul’s injury and after Paul’s injury. There are qualities in our football that influence our approach in matches, with Pogba and without Pogba, that’s as simple as that.”

Ibrahimovic ended last term as United’s top scorer with 28 goals despite his campaign ending early. Mourinho said: “Zlatan last season we played with him every minute almost until he was injured. This season we learn how to play without him but he’s a very important player for us. And of course we welcome him back.

“He has an incredible personality to fight such an important injury. We were all saying in 2017 he will be back but one thing is December 31st 2017 and another thing is mid-November. He was as an injured player the same super professional he is when he’s fit.

“So fantastic work – same as Marcos, who had an important injury too, a big surgery. He played with the young boys [the reserves]on Wednesday and is fine, is confident, is also ready. Paul is obviously not the same dimension, was not a surgical situation but was also bad and all three are back.”

Of the 36-year-old Ibrahimovic, Mourinho added: “You cannot expect him to play 90 minutes or consecutive matches like he did all his career. Now he needs time to be back for his level, his fitness, his confidence, everything, his sharpness, but by the clinical point of view it is fantastic to be ready.” – Guardian service