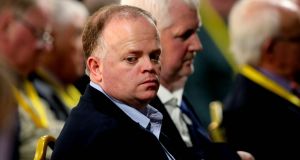 The FAI has initiated High Court proceedings against its former auditors Deloitte with the case believed to relate to the company’s handling of the association’s accounts in the latter part of their 23-year relationship.

The firm came in for severe criticism from delegates at the FAI’s AGM in Dublin in December when calls for the association to pursue a case for professional negligence against Deloitte were met with widespread approval from the floor of the meeting.

Delegates expressed the belief that the company should have raised flags in relations to specific issues and done more to alert directors to the persistently poor state of the association’s finances. The scale of the fees it charged was also criticised with almost €500,000 paid for its work on the 2016, 2017 and 2018 accounts.

The company’s representative, Richard Howard, defended Deloitte’s performance at the time, insisting that it had always acted on the basis of assurances it had been given by the FAI’s board that it had been provided with all the relevant information required to provide accurate accounts. It had by then realised, he said, that it had been “misled”.

Deloitte had actually said in December that it was “unable to obtain sufficient audit evidence that the FAI will continue as a going concern” and it reported the association to the Company’s Registrations Office, alleging that it had breached aspects of company law.

When former FAI director Brendan Dillon questioned Howard on their failure to flag the enormous amounts of expenses being paid to John Delaney or why its opinion of the association’s financial outlook had suddenly hardened despite many years of financial difficulties, Howard declined more than once to answer.

The accounts for 2016 and 2017 had had to be restated and among the adjustments made was a settlement with the Revenue Commissioners for €2.7 million, some of which related to “a significant underpayment of employment taxes and VAT liabilities in recent years”.

Dillon also put to Howard that Deloitte had failed to follow its own international procedures in relation to long term clients by not adequately reviewing its handling of the FAI account and changing the partner responsible for overseeing the audit far more regularly. He said he had written to Deloitte 15 years previously to express concerns about the FAI’s financial position but that no action appeared to have been taken.

The papers in relation to the case were lodged by Beale and Co. on behalf of the FAI on Monday. The association declined to comment on the case. Deloitte said that it would “not comment on legal issues. However, we stand over the quality of our audits.

“We would reiterate our position, that we take our statutory obligations as auditors very seriously and have acted accordingly, including reporting to the relevant authorities in accordance with our professional and legal obligations where necessary. We have a robust audit process that is in line with those obligations. As a statutory audit firm, we are bound by strict obligations of confidentiality in respect of audited entities.”

Deloitte resigned as the association’s auditors at the December 2019 meeting.