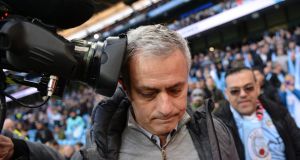 Facebook has refused to rule out entering the bidding to stream live Premier League matches following mounting speculation over a looming rights battle.

Ed Woodward, Manchester United’s vice-chairman, told investors in New York last week that Facebook and Amazon were interested in the last round of Premier League rights deals for 2016-19, which were sold primarily to BSkyB and BT for £8.4bn, and predicted that the tech companies will enter the next auction, which covers the 2019-22 period.

The sale of live rights for increasingly large sums of money has been crucial to the success of the Premier League since 1992 and England’s top clubs could prosper even more if newer media companies, eager to build businesses through subscriptions, decide to challenge Sky and BT’s dominance of a hugely popular market. The threat to traditional broadcasters was made clear when Amazon outbid Sky, paying a reported £10m a year, for the UK rights to the tennis tour last month, its first major live sport acquisition outside the US.

“The Premier League is a very important partner of ours,” Dan Reed, Facebook’s global head of sports partnerships, said on Wednesday. “We work with them to help them reach their audience. It would be premature to speculate on how we might approach that. But they are a very important partner. That speaks for itself. We continue to have an ongoing relationship with the Premier League.”

Reed evaded questions about whether Premier League clubs are talking up interest from Facebook and Amazon as a negotiating ploy and refused to reveal whether discussions about rights have already taken place. “I’m not going to speculate on what or why the clubs in the Premier League are saying what they’re saying,” he said. “They’re going to make their decision. We have very productive partnerships with clubs in virtually every league in the world. We work with them to help build their audience and content.”

Reed said that it is difficult to imagine negotiating with English clubs individually and denied that traditional broadcasters should feel threatened by Silicon Valley, citing the example of Facebook streaming Fox Sport’s coverage of live Champions League matches.

“We aim to collaborate with broadcasters and rights holders,” he said. “Our partnership with Fox shows that we can have a mutually beneficial relationship. Put aside streaming of games – we help broadcasters all around the world.

Reed explained that Facebook’s interest in sport stems from its potential to connect communities digitally and insisted that it would not veer away from its current model of streaming live events for free. “Sport is very relevant,” he said. “It does bring people together. You can’t say about every content.”

Reed would not speculate about when Facebook would be ready to bid for major events. So far the platform has proved a more attractive location for smaller sports looking to enhance their profile and reach new audiences.

“Some of the biggest successes come from sports which you wouldn’t necessarily expect,” Reed said. “We have darts and snooker on our platform and they found an audience.”

1 Pete Sampras: The forgotten great with the best serve in the business
2 Cam Newton broke the mould: Can his flame be rekindled at the Patriots?
3 The Game Changers: Vincent O’Brien, a pioneer who took Irish racing to the world
4 The unsolved mystery of Goran Ivanisevic’s stunning Wimbledon win
5 Tipping Point: DeChambeau’s transformation raises questions, but who will ask them?
Real news has value SUBSCRIBE
Crossword Get access to over 6,000 interactive crosswords