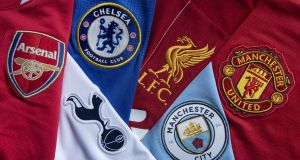 The proposals promoted by Manchester United and Liverpol were were rejected by most Premier League clubs. Photograph: Visionhaus

Liverpool and Manchester United have been forced into an embarrassing climbdown over their push to reform English football after a tense meeting of the Premier League’s 20 clubs on Wednesday.

Together with the EFL chairman, Rick Parry, Liverpool and United have pushed Project Big Picture – a plan that proposed a £250m bailout for the EFL and a more equitable share of the game’s broadcast money in exchange for the Premier League’s big six clubs being granted overwhelming voting control on a number of important points.

The idea has divided the top division, with the 14 other clubs believed to be strongly against the change in governance – with the league and the Football Association sharing their view.

At Wednesday’s virtual conference call, the Premier League chairman, Gary Hoffman, called for unity after an unedifying week and the Everton chief executive, Denise Barrett-Baxendale, demanded an apology from Liverpool and United, who were represented by Tom Werner and Ed Woodward, club chairman and executive vice-chairman, respectively.

Werner and Woodward refused, feeling that they had nothing to apologise for. They claimed to have merely been discussing a list of ideas, to have been brainstorming some forward-planning, and it was unfortunate that they had leaked into the public domain. This led to incredulity in some quarters.

The major conclusion of the get-together, which had been convened at short notice, was that the 20 clubs unanimously agreed to work together on a strategic reform programme for the game and, significantly, not to endorse Project Big Picture.

In other words, Liverpool and United had to give their blessing to work as a part of the existing collective and to say that PBP was not something that could be construed as coming from the league or its clubs.

The clubs also agreed to offer the EFL a bailout but on far less generous terms than the £250m being sought. A combined £50m, including £20m in grants, will be offered to League One and Two clubs, with almost two-thirds of that for teams in League One in line with the way solidarity payments are distributed. Championship clubs will be offered access to loans on a means-tested basis.

“All 20 Premier League clubs today unanimously agreed that Project Big Picture will not be endorsed or pursued by the Premier League, or the FA,” the league said in a statement.

“Further, Premier League shareholders agreed to work together as a 20-club collective on a strategic plan for the future structures and financing of English football, consulting with all stakeholders to ensure a vibrant, competitive and sustainable football pyramid.”

The FA chairman, Greg Clarke, spoke out strongly at the meeting against Parry. Significantly, the other members of the Big Six – Tottenham, Manchester City, Chelsea and Arsenal – are understood to have stayed silent, which was surprising to some clubs on the call.

Top-flight clubs do not believe the vast majority of those in the Championship are in immediate danger of going to the wall. They have discussed how some Championship teams have wealthy owners while others have either collected huge transfer fees this summer or seen fit to reject large offers for players.

As such, the Premier League does not want to advance significant money, partly because they know these are rivals who aim to replace them in the top division.

“League One and League Two clubs rely more heavily on matchday revenue and have fewer resources at their disposal than Championship or Premier League clubs and are therefore more at risk, especially at a time when fans are excluded from attending matches.

“This offer will consist of grants and interest-free loans totalling a further £50m on top of the £27.2m solidarity payments already advanced to League One and League Two this year, making a total of £77.2m. Discussions will also continue with the EFL regarding Championship clubs’ financial needs. This addresses government concerns about lower league clubs’ financial fragility.”

The £50m offer has been arrived at on the basis that League One and Two clubs receive 13 per cent and seven per cent respectively of the solidarity payments. The Premier League is aware the EFL has demanded £250m and its offer constitutes 20 per cent of that.

Those behind the Big Picture Project did not see Wednesday’s developments as a defeat. Sources close to John W Henry said the Liverpool owner felt he had got “pretty much everything we wanted” in agreeing to an urgent review of the structures of the game.

“We put forward proposals and they’re now being considered,” the source said. Expectations are that the review would include the EFL and would be completed before the sale of a new round of broadcast rights. The process of putting rights out to tender for the period 2022-2025 had been expected to be before the end of this year.