Klopp will only consider moves for likes of Mignolet, Markovic and Ojo if price is right 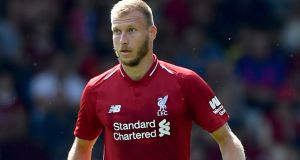 Jürgen Klopp would be open to trimming his Liverpool squad before the transfer windows close around Europe but insists any deal must be right for the club.

The Reds have done plenty of business this summer, adding Naby Keita, Fabinho, Alisson Becker and Xherdan Shaqiri and allowing a handful of less established players to move on.

Simon Mignolet, Lazar Markovic, Sheyi Ojo, Marko Grujic and Dominic Solanke might all attract interest, but although Klopp expects teams from around the Continent to try and take advantage of the Premier League’s truncated window, he will not be forced into any poor deals.

“I said before, in general, that’s it’s possible players could leave the club and that will happen if it’s good for everyone,” he said ahead of Monday’s trip to Crystal Palace.

“The transfer window closed in England, and the whole of the world – the whole of Europe at least – was waiting for that moment and they start now trying dumping [lower] prices to get good football players. That will not happen. We are not in a financial need.

“No player would leave the club if I would not allow it. First the situation is, ‘How is the offer, how is the need for us?’ I really think we could give a few players the opportunity but we have to see how many. I have no number in my mind at the moment.”

Klopp was asked directly about Solanke’s loan link with Rangers, now managed by Steven Gerrard, but shed little light on the subject.

“I’m hearing about it for the first time now, so it doesn’t seem like it’s close,” he said.

The Reds are rated by many as the team most likely to challenge defending champions Manchester City this term, and did their cause no harm at all by kicking off their campaign with a thumping 4-0 win against West Ham.

Klopp was happy with everything he saw at Anfield but is not getting carried away after 90 minutes of a 38-game season.

“People are still not used to enough good football from us, because if we are good we are ‘unbelievably good’. But we didn’t get anything for it so far,” he said. “We need to stay positive, very good, but stay angry as well. Don’t celebrate the whole week until Monday and then fall hard.”

Early impressions suggest Klopp has upgraded a squad who were good enough to reach last season’s Champions League final, but as a coach his focus is on continual progression.

“I said in a meeting to the boys, if we are good everyone – not the supporters, but the journalists – are overly excited. Even LFC TV want to do constantly wonderful stories, but we have to work hard,” he said.

“It’s nice because it could be completely different and we do feel in a good moment. It’s getting better and better but we are still in a process. We have to develop.

“We are not the best team in the world so there’s a lot of space for us to improve in all different departments.

“Our supporters like the way we are doing it and that is very important.” – PA

Another stalemate for Man United; Robbie Henshaw leading the way for Ireland 07:54
Continued absence of anti-doping tests for GAA intercounty elite 06:44
Irish contribution to Ali-Frazier bout that brought the planet shuddering to a halt 06:00
Her Sport putting women’s sport firmly centre stage 06:44
I, Tonya reveals a deeper truth than Harding’s level of guilt 06:00