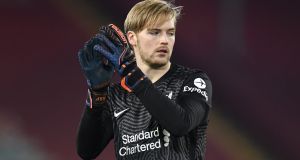 Southampton v Arsenal, 12.15pm – Live on BT Sport 1
Danny Ings is back in contention for Southampton. The striker, who recently recovered from a hamstring injury, has been in isolation after testing positive for coronavirus and missed the last two matches. Boss Ralph Hasenhüttl still has a lengthy injury list, which includes latest casualty, Irish U21 international Will Smallbone (knee).

Arsenal could hand a debut to Mat Ryan after the goalkeeper joined on loan from Brighton – boss Mikel Arteta is likely to shuffle his pack and Ryan could come straight in for Bernd Leno. Pablo Mari (calf) misses out but Dani Ceballos will undergo a late fitness test on his own calf complaint and could be involved.

Barnsley v Norwich
New recruit Carlton Morris is cup-tied for Barnsley and will miss the visit of his former club. Boss Valerien Ismael is eyeing a number of changes and Dominik Frieser, Herbie Kane, Toby Sibbick and Brad Collins will all be pushing for starts in the Oakwell clash.

Norwich will hope top scorer Teemu Pukki shakes off a side strain. Lukas Rupp is looking to accelerate his comeback after hamstring concerns and then the flu. Xavi Quintilla, Bali Mumba, Dimitris Giannoulis, Christoph Zimmermann, Sam Byram and Irish striker Adam Idah are all expected to miss out.

Millwall v Bristol City
Lions boss Gary Rowett will rest some tired bodies, with Frank Fielding, Troy Parrott and Shane Ferguson among those expected to come into the starting XI. Defender Murray Wallace (broken foot) is out and Billy Mitchell and Connor Mahoney are unlikely to feature as they work their way back to full fitness.

City boss Dean Holden is also contemplating changes but will be without Cam Pring, who is set for surgery on a hamstring injury. Jay Dasilva (shin) and Callum O’Dowda (hamstring) are in the treatment room and forward Jamie Paterson (groin) remains sidelined.

Sheffield United v Plymouth – Live Eir Sport 2
United will check on Oli McBurnie, Ben Osborn and Lys Mousset. McBurnie (shoulder) is back in training while fellow striker Mousset and midfielder Osborn missed the defeat to Tottenham with knocks. Defender John Egan received his fifth yellow card of the campaign against Spurs but is eligible.

Plymouth have Panutche Camara back in contention after a ban. Boss Ryan Lowe does not have any fresh injury concerns and could stick with the flexible 3-5-2 formation which caused Huddersfield and Sunderland trouble in recent weeks, although left wing back George Cooper (knee surgery) is out.

Swansea v Nottingham Forest
Irish midfielder Conor Hourihane is in line to make his Swansea debut after joining on loan from Aston Villa. Defender Ryan Bennett could also be involved after being sidelined with a hamstring injury since December 30th. Back-up goalkeeper Ben Hamer is cup-tied so teenager Lewis Webb looks set for a spot on the bench with Steven Benda recovering after ankle surgery.

Forest midfielder Ryan Yates is set to miss out with a suspected calf injury and Yuri Ribeiro is suspended. Harry Arter and Jack Colback are injured and boss Chris Hughton could recall several players who featured in the third-round win over Cardiff. Goalkeeper Jordan Smith, full backs Carl Jenkinson and Gaetan Bong and forwards Lyle Taylor and Joe Lolley could all feature.

West Ham v Doncaster – Live Eir Sport 1
Hammers boss David Moyes sees the tie as a chance to rest some of his regulars, including forward Michail Antonio – who has only recently returned from a hamstring injury. Arthur Masuaku (knee) is out while the likes of Darren Randolph, Ben Johnson and Andriy Yarmolenko are pushing for recalls.

Captain James Coppinger (calf) will be missing for Doncaster, with Joe Wright (calf) and Madger Gome (hamstring) also absent. Reece James is available having served a one-match ban while Arsenal loanee Tyreece John-Jules remains doubtful due to a hamstring complaint.

City playmaker Kevin De Bruyne has a muscular injury and right back Kyle Walker also misses out with an impact injury. Defenders Nathan Ake, Aymeric Laporte and Eric Garcia are out and striker Sergio Agüero is self-isolating after testing positive for Covid-19.

Chelsea v Luton, 12.0 – Live on BBC One
Frank Lampard is expected to field a strong line-up in a bid to spark Chelsea into form. N’Golo Kante could be back after hamstring trouble, while Timo Werner may start having been a substitute against Leicester. Billy Gilmour could step into midfield and Tino Anjorin may also be in the squad.

Dan Potts could start at centre back for Luton. Left back Potts could shift across if the appeal against Tom Lockyer’s red card is unsuccessful – Lockyer was sent off in the Championship loss at Brentford. Kal Naismith could step in at left-back to complete the reshuffle if required.

Brentford v Leicester City, 2.30 – Live on BT Sport 1
Leading goalscorer Ivan Toney and midfielder Josh Dasilva are unavailable for Brentford because of suspension. Defender Pontus Jansson and midfielder Christian Norgaard are both sidelined by ankle problems and winger Shandon Baptiste is a long-term absentee with a knee injury.

Leicester’s Jamie Vardy needs groin surgery and will be out for a few weeks, so Ayoze Perez is likely to deputise up front. Danny Ward, Christian Fuchs, Ricardo Pereira and Daniel Amartey could all be handed starts but Dennis Praet is out until April with a thigh problem and Wes Morgan also misses out.

Fulham v Burnley, 2.30
Cottagers boss Scott Parker has no new injury concerns but is expected to make changes. An update is expected on the state of Tom Cairney’s knee injury later on Friday – the club captain has not featured since December 19th – but defender Terence Kongolo remains sidelined with a hamstring problem.

Burnley left back Charlie Taylor is unlikely to feature after appearing to injure a hamstring in the Premier League win at Liverpool, with Erik Pieters likely to replace him. Manager Sean Dyche may give Jay Rodriguez and Matej Vydra a run up front after the exertions of Chris Wood and Ashley Barnes at Anfield.

Manchester United v Liverpool, 5.0 – Live on BBC One
Dean Henderson, Donny Van De Beek and Alex Telles are among those pushing to start for United. Victor Lindelof could be involved after a nagging back issue but Brandon Williams and Phil Jones have been ruled out recently and Amad Diallo has yet to be involved.

Jürgen Klopp will make changes but will still field a strong side. Mohamed Salah and Roberto Firmino are expected to start and the likes of James Milner, Curtis Jones, Takumi Minamino and goalkeeper Caoimhín Kelleher could be included but captain Jordan Henderson (groin) is unlikely to be risked.

Everton v Sheffield Wednesday, 8.0 – Live on BT Sport 1
Everton striker Dominic Calvert-Lewin is available and likely to start after a hamstring injury. However, Allan, Fabian Delph, Lucas Digne, Alex Iwobi, Niels Nkounkou and Jean-Philippe Gbamin are out, although the latter is closing in on a return to full training as he recovers from thigh and Achilles issues.

The Owls, who have only recently reopened their training ground due to coronavirus, have been without the likes of Josh Windass, Chey Dunkley, Keiren Westwood, Massimo Luongo and Julian Borner. However, caretaker boss Neil Thompson says two unnamed players have returned to full training.

Wycombe Wanderers v Tottenham Hotspur, 7.45 – Live BT Sport 1
Wycombe have had a coronavirus outbreak but boss Gareth Ainsworth says he has enough players available to fulfil the tie. Ainsworth did not reveal details of the affected players but said he will assess a couple before the game. There are also a couple of unnamed injuries, while Anthony Stewart (knee) is out.

Spurs have doubts over Matt Doherty, Serge Aurier and Dele Alli. Doherty has an unspecified problem, Aurier has been feeling unwell and Alli has an issue with a tendon which has stopped him from training. Giovani Lo Celso is the only definite absentee with a hamstring problem.