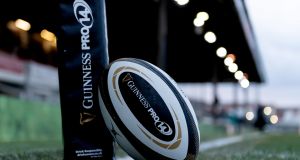 As forecast, a board meeting of Celtic Rugby DAC, the organisation which runs the Guinness Pro14, has ratified that new signings from July 1st will be eligible to play for their new employers should there be any finale to the 2019-20 season.

Although recruits such as Munster’s World Cup-winning South Africans Damian de Allende and RG Snyman were signed for the 2020-21 season, like all other new signings they will become eligible on July 1st.

With no tournament laws covering an eventuality such as a delayed Pro14 finale in August or September in light of the Covid-19 pandemic, the tournament organisers have agreed that unusual times have called for one-off measures.

With other players having retired or moved on, not making new signings eligible would have forced teams to operate from reduced squads.

Furthermore, this would have meant that players such as Sammy Arnold and Conor Oliver, who have agreed to join Connacht and Munster, would effectively have been unable to play for either province in any finale to the 2019-20 season and thus left in limbo. There might also have been issues with regard to restraint of trade.

Tournament organisers remain committed to staging two rounds of internal derbies such as the interpros in Ireland behind closed doors as a means of resuming the competition. Dates have provisionally been pencilled in for the third weekend in August – Friday 21st to Sunday 23rd – for the first of these derbies as a precursor to semi-finals on the weekend of September 5th and a final on September 17th-19th.