CVC complete purchase of 28 per cent stake in Pro14 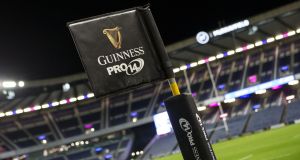 Private equity firm CVC has increased its foothold in European rugby by purchasing a 28 per cent share of Pro14 Rugby, the company which runs the competition of the same name.

The Irish, Welsh, Italian and Scottish Unions will continue to own the majority share of 72 per cent with Italy now incorporated into Celtic Rugby DAC.

CVC already own 27 per cent of Premiership Rugby and have been linked with a move to buy into the Six Nations, although that has been held up by the issue of whether the tournament should remain free-to-air or be sold to subscription TV companies.

This morning’s statement by the Pro14 says that the investment will “allow the league to work towards its full potential – for the benefit of fans, players, clubs and unions in these key rugby nations over the years ahead.”

“As a Board, we have been ambitious in our outlook and have significantly developed the league in recent years. One of our key goals was to secure a strategic partner to help accelerate our plans and CVC bring a wealth of experience and great expertise in this regard,” says Celtic Rugby DAC chairman Dominic McKay.

“Sport, like all of society is dealing with major challenges currently that we could not have imagined just a few months ago, and it is testament to the strength of our partnership with CVC that they have committed to the game of rugby in a such a significant way.”

“We believe the Guinness PRO14 is a world-class club league, that is still in its growth phase and we are confident that it will become a major standard bearer in our sport. We are excited that CVC clearly shares that ambition and we look forward to working with them to deliver on the league’s promise in the years ahead.”