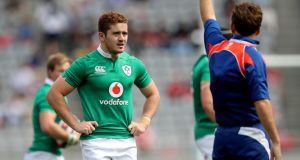 Jackson, (26), and Olding, (25), had their Ulster contracts revoked last month after a review conducted by the IRFU and Ulster following the high profile Belfast rape trial verdict on March 28th. Both men were acquitted of raping the same woman in June 2016 with Jackson also cleared of sexual assault. Two of their friends, who faced related charges, were also found not guilty.

Both players were under contract with Ulster and the IRFU until June 2019, but their contracts would have included a clause about bringing the game into disrepute. It is understood that Ulster and the IRFU came under pressure from sponsors not to have Jackson and Olding play for the province again.

The two players had previously been linked with moves to Exeter Chiefs in England and Clermont Auvergne in France before both clubs distanced themselves from any interest. According to the Daily Telegraph, Jackson has accepted a deal worth about €230,000 a year - a drop of over €50,000 a year compared to his previous contract with the IRFU.