Ireland and Henshaw continue to lay the foundations 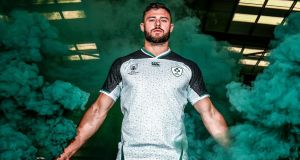 Ireland’s pre-season has been made more palatable by adopting a nomadic lifestyle, a periodic change in landscape a distraction off the pitch from the grind on it. Joe Schmidt’s 45-man squad have swapped Limerick for Galway as they build towards four warm-up matches, starting on August 10th against Italy at the Aviva Stadium.

They will spend a week at the National Sports Campus in Abbotstown, Dublin, and another in Portugal, all staging posts on their journey to the Rugby World Cup in Japan. Physical conditioning has been a priority, but the rugby ball will be reintroduced to form a larger part of the daily regimen.

Last week the squad enjoyed some time at an adventure centre in Killary Harbour, taking in paddle-boarding, kayaking and, for those who felt so inclined, the assault course. For Robbie Henshaw it was a throwback to his school days at Marist, Athlone. While at Killary in transition year he completed a 40-mile hike – Jack Carty was there too – to earn a Gaisce award.

Henshaw, speaking at the launch of Canterbury’s Ireland World Cup jersey, explained that their work had been tough but enjoyable, before elaborating a little on the ups and downs of pre-season life.

“The best thing is probably seeing your progressions from start to finish, in terms of fitness, your physicality and body composition, what shape you are in towards the end.

“The worst are the thoughts before you do your fitness, before going through a [training] session. But when you are in it you just get on with it. You learn as you go through your years as a pro you can’t just take your 3½ weeks off and do nothing. Maybe you can take the first four or five days off completely. But then you need to gradually start doing stuff to be prepared for what is to come.”

Henshaw has never been to Japan but he has listened to the stories of those that have – the humidity, the culture, the friendliness, the volume of people and the neon lights of Tokyo that assail the senses. He is looking forward to the experience, but that will be framed in part by how Ireland fare in the tournament.

Versatility is a cherished attribute in a 31-man squad, and Henshaw, putting to one side for now his cameo at fullback against England in the Six Nations Championship, can play both centre positions with equal facility as he has done in the past with first Connacht – he also played fullback there – and then Leinster.

“I can play both still. I played the majority of my rugby in Leinster at 12 because Garry Ringrose is playing 13 and the two of us work well together. [For Connacht] I played with Bundee Aki at 13; myself at 13 and Bundee at 12. I would like to think I am able to mix and match.

In the foothills of their preparation for Japan, there has not been too much chat about the 2015 Rugby World Cup in England when an injury-riddled Ireland exited in a quarter-final defeat to Argentina.

Henshaw said players draw down from individual experiences of global tournaments in the case of several players, but for now Japan seemed a world away.

“We started with all our strength work and our speed work and just building those blocks, building those foundations. I think [for] the players that have been to World Cups – there are players going into their third World Cups, players going into their second – I think from any player’s perspective it’s a competition like no other in rugby. Any players that have been there will always remember their last ones.”

There is too much going on at present to dwell on the past, and what purpose it would serve is a moot point. There are four Test matches to prepare for – Italy, England and Wales twice – and that represents the sole focus. It can’t be any other way. There’s no facility to freewheel through the warm-up matches given the physicality of the sport.

For now it’s about getting the body right to meet those challenges.