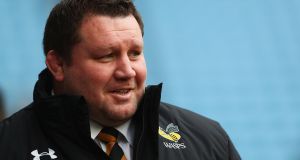 The umbrella of the set-piece will have caused concern for both Wasps head coach Dai Young and his Connacht counterpart Pat Lam, albeit for different reasons following last weekend’s Champions Cup match at the Ricoh Arena; Connacht’s lineout failed to go up, while the Wasps scrum was turned inside out.

The process to rectify the system failures will have commandeered a large tranche of training time. Wasps won, and took a four-try bonus point, while Connacht were sent from Coventry empty-handed. The Irish province learnt that good fortune isn’t always based on merit.

Connacht, constrained by players departing during the match through injury, were nevertheless the better side for 60 minutes but despite racking up 561 metres, 18 clean breaks and 16 offloads, just two tries felt like a meagre return.

The collateral damage of a misfiring lineout – they coughed up five of 14 lineouts – was particularly costly. The visitors kicked penalties to the corner rather than going for goal and they subsequently lost lineouts.

Wasps had similar issues at scrum time, losing or being penalised at four of eight, and it did directly cost them seven points at one stage; overall, though, that proved less debilitating than Connacht’s lineout frailty.

Young recognised his team’s shortcomings. “We want to turn the possession stakes around a little bit this week to give us more opportunity, although we were pretty efficient with ball in hand. We caused them lots of problems in the lineout and they caused us a few problems in the scrum, so there are lots of things for both coaches to work on.”

When talking about the lineout and scrum contests, Young pointed to the fact that there was sometimes a compromise in selecting different body shapes that add value to the lineout but lack a little bulk when it comes to the scrum. “We have got a couple of ‘long dogs’ in our pack at the moment that are easier to move about [and get in the air].

“Sometimes you gain quite a bit on one hand and lose out on the other. We believe it [the lineout] is an area that we can put pressure on Connacht. We had two penalties against us on the weekend [in the scrum] that were wrong decisions to be honest with you but we know we have to be better at scrum time and we are confident that we can be.”

Young, a tighthead prop with the Lions and Wales during his playing career, admitted: “We were really pleased to come away with five points, and they were disappointed to leave with nothing, but they left pretty confident they can get something from this week’s game.

“We believe that there is more to come from us, and we are going to have to be a bit better than we were last weekend to get the result; we’re capable of doing that. It was nip-and-tuck with 20 minutes to go, and I think this game will be similar, but we are confident in our fitness levels and the quality of our bench.”

Wasps will be without the suspended England wing Elliot Daly, while Young suggested that Kyle Eastmond and Danny Cipriani, who missed the game in Coventry, are struggling to be fit.

“I think they are a very good team. We don’t want to give them as much ball as we did last weekend. They only kicked nine times in the whole game, so when we also give away 16 penalties, it’s inevitable that we then spend big periods without the ball.”

Plenty to work on but coaches like it that way.