Chris Henry signs new deal to stay at Ulster until 2019 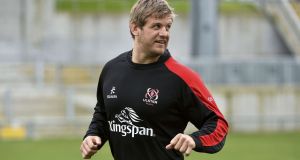 Chris Henry has committed his future to Ulster by signing a new two-year deal which will see him remain at Kingspan Stadium until June 2019.

The 32-year-old’s current deal expires at the end of this season and the northern province were quick to secure the flanker’s services for at least another two seasons.

Henry has featured just seven times for Ulster this term due to unjury, but has won 155 caps for the club since making his debut against Harlequins in the Heineken Cup back in January 2009.

“Les (Kiss) is determined to build a successful future for Ulster Rugby and I want to be part of that vision,” Henry said.

“I believe that the squad depth is improving year-on-year, with Bryn’s (Cunningham) ongoing retention and recruitment of players leaving us in a strong position over the next few seasons.

“We have a core group of experienced players and have a developing pathway of talented youngsters coming through. I want to deliver on the pitch for Ulster but I also want to ensure that I’m assisting the Academy players, who have aspirations to play professional rugby.

“The Ulster supporters are first class and there is no better feeling than playing in front of a packed house at Kingspan Stadium. I feel lucky to be part of a great environment and I’m delighted to commit my future to Ulster.”