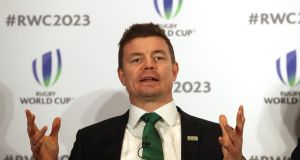 As he did throughout his career, Brian O’Driscoll popped up this week as a kind of people’s champion.

His candid account of munching pills to get through matches has drawn a picture of rugby that chimes with perceptions of a brutally physical sport that at professional level may challenge the notion of what is deemed acceptable in a healthy career.

O’Driscoll’s unequivocal account of swallowing prescription painkillers and anti-inflammatory drugs, Difene and co-codamol so that he and other players could ‘play their best game’ was disquieting in a number of ways, the culture it creates and the consequences for the body.

Taking drugs such as Difene, co-codamol or caffeine is not illegal and does not breach any laws of anti-doping. Players don’t need Therapeutic Use Exemptions (TUE) if the drugs they take are not contained on the prohibited list of the World Anti Doping Agency (Wada).

Difene (Diclofenac) is not on the Wada list. But in a report in The Irish Times in September of this year it was described as the anti-inflammatory anti-hero.

That came following reports that one of the most widely used painkillers, the anti-inflammatory diclofenac (also known as Difene and Diclac), was linked to an increased risk of heart attack and stroke.

The State’s medicines regulator advised people with heart problems to avoid using it. Diclofenac is the most prescribed non-steroidal anti-inflammatory drug in Ireland.

Co-codamol (Kapake, Solpadol, Tylex) is a combination of paracetamol and codeine. Codeine is a weak opiod. Taking codeine regularly for a long time can lead to addiction.

The United States is currently experiencing an opiate epidemic with more than two million Americans dependent on or abusing prescription painkillers and street drugs.

Whether inadvertently, or deliberately, O’Driscoll has done rugby a service in raising the issue of whether his use of Difene makes drug taking permissible. For some driven athletes it can be a short leap to taking illegal drugs.

The drug-taking that O’Driscoll described might be classed as ‘legal doping’ to many and the debate centres around whether this is ‘performance enhancing.’

Performance Enhancing Drugs, or PEDs, refer to various substances, chemical agents, or procedures designed to provide an advantage in athletic performance. In this instance drugs were used to dull pain from previous injuries so that a player could provide a better performance. No rules were broken. Nothing illegal was done.

But it raises issues about what constitutes ‘performance enhancing’.

O’Driscoll’s truthful account clearly opens up a can of worms for rugby. The 39-year-old told Newstalk’s Off The Ball that he hasn’t felt any adverse effects after consuming the drugs for “the last four or five years” of a bruising career. “Ask me at 75 and see what the state of my insides are like,” he added. “I didn’t take so many Difene that I’m concerned about it, but there would be players out there taking them every single day and that can’t be good for you.”

Agreed. According to Dr Brendan O’Shea, assistant adjunct professor at the Department of Public Health and Primary Care at Trinity College Dublin, who spoke to The Irish Times, “there is a group of elite ultra-competitive sports people who aren’t interested in the lower-rung treatments for injuries, such as rest/ice and elevation or even paracetemol and anti-inflammatory gels.”

He added doctors feel under significant pressure to keep these players categorised as fit to compete, or to accelerate their recovery.

Another former athlete to talk the use of painkillers is Daniel Agger. The former defender played for Liverpool from 2006 to 2014 before rejoining Brøndby to play for another two seasons.

Agger told The Guardian that his body gradually broke down and he now has constant pain in his back and estimates that he was able to perform to only 70 per cent or 80 cent of his capacity during his last two seasons at Liverpool.

“I have taken too much anti-inflammatories in my career,” he said, adding that when they made him feel lethargic he took caffeine to compensate. He finally realised something was wrong when he lasted 29 minutes in a match because he had lost control of his body. He ended shaking uncontrollably on the medical room table.

The backdrop to all of this is that elite athletes have always understood that sport is a place where people can risk their health but get intense experiences in return. That is not new. The desire to win can, in some cases, eliminate all rational considerations.. The power of athletic ambition is sometimes limitless. Sometimes it is hidden from view.

This week O’Driscoll gave us a rare glimpse into that place.