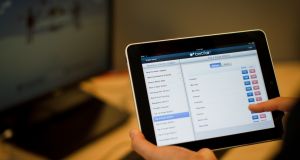 White label companies are like brokers who place bets on Betfair for their clients. At the time of Viking Hoard’s race it was possible to place lay bets in such a way.

Horse Racing Ireland plans to engage with both the Betfair exchange and regulatory officials on the issue of “anonymous betting” through so called “white label” companies.

In the wake of the Viking Hoard case earlier this week – in which trainer Charles Byrnes was banned for six months after being found to have been seriously negligent when the horse was “nobbled” at Tramore in 2018 – there has been focus on betting patterns on that race and others.

Reference to an individual “said to be associated with match-fixing in other sports” and from “a distant part of the world” laying significant bets through a limited liability company shone a spotlight on integrity and traceability in online betting.

White label companies are like brokers who place bets on Betfair for their clients. At the time of Viking Hoard’s race it was possible to place lay bets in such a way. That avenue has been restricted since but HRI’s chief executive has said the betting aspect to the Viking Hoard case is “troubling”.

Although reluctant to expand too much since Byrnes lodged an appeal against his penalties on Friday, Brian Kavanagh pointed to betting patterns on several races involving Viking Hoard as worthy of future examination.

“It is anonymous betting really, and the more information you have the better,” he said. “There are aspects to that case that are troubling and that we will look into. But we have to let the process run its course in terms of the appeal.

“But they [white labels] are one or the things we will want the ability to understand more about and address what might be done.

“The betting exchange aspect is one element that will need to be followed up. The first port of call will be to sit down and engage with Betfair and with the IHRB,” Kavanagh added.

Ahead of the Jessica Harrington-trained Magic Of Light lining up in a Grade Two hurdle at Ascot on Saturday, Kavanagh expressed confidence about Irish runners competing in Britain over the coming weeks and in particular at Cheltenham in March.

Last week the Willie Mullins-trained Grangee was the first Irish-trained horse to run in Britain since the end of the Brexit transition period and the UK’s departure from the EU.

Fears about red-tape, including a VAT issue, proved to be largely unfounded although Harrington has bemoaned the amount of paperwork involved in travelling Magic Of Light.

However Kavanagh said: “It’s good now we are dealing with tangible problems and challenges arising out of Brexit. We all would prefer not to deal with them but we know what’s involved in terms of paperwork and extra veterinary checks. We can work our way through that.

“Trainers have to work within travel restrictions. But they’ve been doing that now for 12 months almost.

“They found a way last year. Some used UK staff. Some based staff over there and observed the quarantine period. I’m sure the same types of options will be explored between now and Cheltenham.”