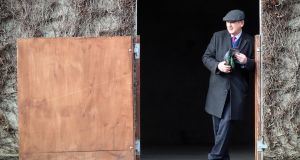 Trainer Charles Byrnes can saddle runners ahead of his appeal against a six month ban after being found to be “seriously negligent” when one of his horses was “nobbled” with a sedative at Tramore in 2018.

The next entry by the controversial Co. Limerick trainer is for the JP McManus owned horse Pairc Na Ngael in a handicap hurdle at Gowran on Thursday.

No date has been set for Byrnes’ appeal to be heard although officials at the Irish Horseracing Regulatory Board anticipate it will be “in the next few weeks.” Byrnes is free to saddle runners in that time period.

The Cheltenham festival winning handler has been to the forefront of intense coverage relating to how his charge Viking Hoard was doped with the sedative ACP at Tramore on October 18th, 2018 by an unidentified third party.

On the back of being nobbled, the horse, who drifted in the betting for a race in which he was pulled up, was laid to lose on the Betfair exchange with one punter wagering €34,889 to win €3,200.

A Referrals hearing panel chaired by Mr Justice Tony Hunt concluded that Byrnes’s “general mode of operation permitted such a strategy to be viable” due to Viking Hoard being left unattended on a couple of occasions at the racecourse stable-yard in Tramore.

Byrnes lodged an appeal against his licence suspension - and a €1,000 fine - on Friday. He had until Monday to lodge such an appeal.

“Like any rider appeal, or trainer appeal, they are allowed continue. It would be the same in any case. I’m not sure in other sports but certainly in racing you’re definitely allowed (participate) until the appeal is heard,” said the IHRB spokesman, Niall Cronin, on Sunday.

In Tuesday’s Referrals panel report it was stated that Byrnes’ level of culpability was not affected by the presence or absence of a CCTV camera in the stable yard at Tramore.

The trainer’s solicitor had referred to the “absence of a CCTV camera in the Tramore stable-yard that might have identified or eliminated possible culprits.” He suggested this resulted in “gaps in the investigation.”

The panel said that additional CCTV coverage would be “desirable” but concluded “it is not a substitute for the discharge of the primary responsibilities of the trainer under the rules.”

Nevertheless the contrast with racecourse stable-yards in Britain, where CCTV is mandatory, has been commented on extensively since Tuesday’s judgement.

Leopardstown is the only one of the 26 tracks in Ireland that has CCTV cameras for integrity purposes in its stable-yard. In 2019 Tramore installed CCTV of its own.

Asked if the IHRB is examining the option of expanding CCTV use, Cronin said: “At the moment it is currently not a requirement of the licensing committee to have CCTV in stable-yards. These conditions are always under review.”

In 2018 Horse Racing Ireland provided €9.1 million for integrity services that year including specific provision for “CCTV installation at a number of racecourse stable-yards.”

Last year €9.2 million of integrity support costs for IHRB running costs included provision for integrity security. A total of €14 million has been budgeted for integrity and racecourses services in 2021.

Freezing conditions wiped out the weekend racing action in Ireland with both Thurles on Sunday and Saturday’s Navan card cancelled.

Thurles has been rescheduled for this Wednesday with Navan now getting run off on Friday.

The situation ahead of Tuesday’s Down Royal fixture is being monitored due an adverse weather outlook. The course was raceable on Sunday but temperatures are forecast to drop to as low as minus five overnight.