Thomas Barr: Some TUE use is ‘absolutely ridiculous’ 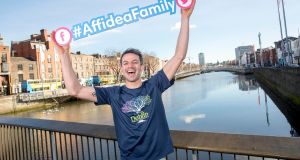 Thomas Barr at the launch of the Affidea Rock ’n’ Roll Dublin half Marathon series which will take place on August 11th-12th. 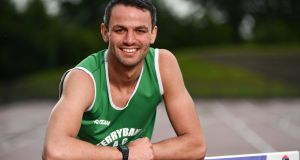 Thomas Barr can count on one finger the number of times he’s needed a Therapeutic Use Exemption (TUE). Part of the worry, he says, is that some athletes might need both hands.

In Sport Ireland’s latest anti-doping report, published last week, there were 81 applications for TUEs across all sports in 2017 – a 14 per cent increase on the previous year. Of these, only 27 were actually approved, the rest either incomplete or for substances or medicines where TUEs were not actually required.

“I certainly think having one or two TUEs next to your name, without good reason, can look a bit suspicious,” says Barr. “Obviously some people do need them, for the likes of their asthma inhalers, but then I think people who have this long list of TUEs is absolutely ridiculous.

“I’d be very hesitant to take anything I felt I didn’t need it. I’m actually quite reluctant to take a Lemsip some of the time. I think a TUE is a step too far unless it’s absolutely required.”

Hence the “grey area”, or the “marginal gains”, depending on the definition, or in some cases the fear the use of TUEs being abused – the latest inquiry into the antics at Team Sky certainly suggesting as much. Barr has only once required a TUE, for treatment on a hip injury which at one point actually threatened his entire season in the 400 metres hurdles; absolutely required, in other words.

“That was the one time,” he says, “when I got a lubricant into the hip, and that would have needed a TUE. But other than that I’ve never needed one, and never felt I needed one. And honestly, I’ve just never felt the need for one. Maybe it’s just me being a little behind the times . . . but I’m happy to go natural.”

Part of the issue with the use of TUEs is that neither the governing body of the sport nor the World Anti-Doping Agency (Wada) are obliged to make public the names of the athletes or players who have been successful in their approved use, or indeed otherwise. According to Sport Ireland’s figures, of those 27 TUE’s, athletics and rugby both had six approved applications, while cycling and rowing had only two, and GAA only one. Their identity, and their exact TUE requirement, is unknown.

“It would help, to publish those TUEs, and maybe put some pressure on athletes not to take the TUE unless they absolutely needed it. Then as well you do have to remember athletes are people, and there is some personal, patient confidentiality. But I do think making them public would be a deterrent to signing them off too quickly. I do think they could be regulated a bit more, maybe how they’re signed off.”

Still Barr doesn’t spend much time wondering what his rivals might be taking, legal or not: “I honestly have no idea, but I can only rely on the system, and that if anyone is doping, they will eventually be caught. And I think we are seeing a lot more of that, even athletes getting back-dated bans, after retrospective testing. All that is positive for the sport, and they are catching up. And in the 400m hurdles, you’re very much in your own race, your own lane, your own 10 hurdles.”

Barr was speaking at the launch of the Affidea Rock ’n’ Roll Dublin half marathon, set for Dublin on August 12th. Though fear not the obvious – Barr is not moving up from the 400m hurdles, his summer all about reproducing the 47.97 seconds which saw him finish fourth in the Rio Olympics.

“There are times I wish I could be doing it. Music on every mile, and I love my music, and sounds like great fun. I’m just not sure it would warrant me moving up to the half marathon just yet.