‘A clean athlete wants to get tested, so I’m happy enough’ 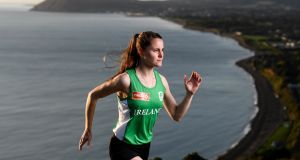 Three weeks back at home, three fresh needle pricks into a vein of her forearm. Ciara Mageean takes some comfort in telling us she has been drug tested three times since returning from the World Championships in Doha, Qatar; only it’s what’s happening elsewhere that still concerns her.

That latest test came early on Wednesday, staying over in her boyfriend’s house in Dublin, before heading back to her training base in Manchester this weekend to begin her slow build up to the Tokyo Olympics, now less than nine months away.

“That was actually my last chance to see my boyfriend, have a cuddle, and I’m thinking ‘ah, it’s ruined’ so thanks for that,” she says with a smile. “But a clean athlete wants to get tested, so I’m happy enough.

“I’ve never been tested so much in my life. Because I went to altitude for the first time I definitely think they’re getting my blood passport baselines. I’m also on whereabouts and I’ve had incidents where I’m like, ‘oh my god, did I miss a test?’ But thankfully it was outside of my testing hour so it’s not a missed test.

“You do get that panic. I do understand how you could miss a test but if I was in a situation where I had two missed tests I would have whereabouts tattooed on my arm. You’d be damn well sure that I don’t miss another one because it is our responsibility as athletes.”

Still, it seems there’s not quite as much responsibility elsewhere: Mageean’s 1,500m final in Doha will be remembered in part for its connection with the now defunct Nike Oregon Project and now banned Alberto Salazar, coach to Dutch winner Sifan Hassan, who ran 3:51.95 to win her second gold medal – a new World Championship record and the sixth fastest women’s 1,500m time in history.

Even with Oregon Project shut down, Mageean still wonders if her event will return to more normal levels.

“I’m not sure. I can’t say anything about the athletes because the athletes have tested clean, but those times are extremely fast, and puts you up in rankings with other athletes who other people have questions around.

“But I want to be as far up there as I can. I’d be extremely disappointed if I entered an Olympics and ran a 3:56 and didn’t medal or ran a 3:54 and came fourth – I’d be absolutely devastated.”

Mageean is not convinced that’s the end of the Nike project either. “Clearly they’re going to form a new one with a different name. I’m delighted to see USADA are taking an investigation into a coach that was clearly trying to bend the rules and going down that route. Drug-testing, the way I get tested, only catches a very minute number of athletes who may be doping. In order to crack down on doping in our sport these other investigations need to happen.

“As a clean athlete it’s so frustrating, you go and compete in a race and you come 10th and I ran four minutes. Am I lucky or unlucky I’m born into an era when the women’s 1500m is red hot?

“I feel lucky. I would love to be that little bit closer and higher in the world rankings, but I’m just going to keep striving to be the best I can be, regardless of what’s happening around me.”

Those Tokyo Olympic preparations aren’t yet set in stone: she’s not entirely sure if she’ll run the European Cross Country in Lisbon in December; definitely not on the radar are the World Indoors in China next March. What is certain is that any temptation to shake things up considerably in Olympic year will be resisted.

“I have so much faith in Steve Vernon’s [her coach] training and also working on my mentality towards racing and how much I enjoy the sport. Altitude training has really helped, and I’m going to do more of that.

“There’s a reason I’m improving, and there’s only so far you can push your body without certain aids to help you and I’m not going to go down that route.

“I’m going to do that the way I’ve progressed through my whole athletic career: steadily chipping away. That’s the only way a clean athlete can. There’s no magic potion.”

Mageean was speaking at the launch of Circle K’s “Here for Ireland” initiative, where customers can use the Circle K app or their loyalty tag in-store to generate digital coins that Olympic and Paralympic hopefuls can use to fuel their journey to the Tokyo.