Women’s pair and four miss out in competitive semi-finals 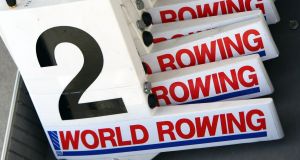 Ireland’s two crews at the World Cup Regatta in Poznan, Poland, will compete in B Finals on Sunday. In Saturday’s semi-finals, neither the women’s pair nor the women’s four could get into contention for the top-three spot which would have put them into the A Final. Both finished sixth.

In the semi-final of the women’s pair, Ireland’s Claire Feerick and Eimear Lambe came up against the New Zealand crew of Kerri Gowler and Grace Prendergast, the holders of the world’s best time. They set an unbeatable pace. China One managed to take second, while Italy One won their battle with the United States Two to secure the crucial third spot and an A Final spot.

The Ireland four also found themselves in a fine race, and also did not make an impression. The United States One and Australia swapped the lead, with Australia winning, China took out New Zealand with a good finish and grabbed the valuable third spot. Great Britain Two came in ahead of Ireland in fifth.