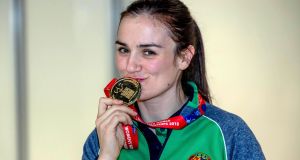 That they may not have the chance to win an Olympic medal in Tokyo, however, was dispelled when the IOC issued a statement that said it will “make all efforts to protect the athletes and ensure that a boxing tournament can take place at Tokyo 2020 regardless of these measures”.

The inclusion of the athletes was made clear by the IOC from the start of an ugly disagreement between the Olympic governing body and a world boxing association (AIBA) in financial and governing disarray led by a president with alleged ties to organised crime.

The IOC has also launched an investigation into AIBA focusing on financial management and integrity, which could end the governing body’s right to organise the Olympic event.

However, IOC sports director Kit McConnell said “the goal was still to have an Olympic boxing tournament at Tokyo 2020” and that the IOC would do everything it could to ensure it took place.

The New Zealander admitted that the path undertaken by the IOC was putting them in an “uncomfortable” situation but reiterated their promise to athletes that the IOC would protect their Olympic dream.

The crisis escalated following the sports’ astonishing act of self harm when it recently elected Gafur Rakhimov as president (86 votes to 48) contrary to the demands of the IOC.

The IOC said their areas of concern included Rakhimov’s “delegation as a key member and associate of a transnational organised criminal network by the US treasury department”, which they claimed created uncertainty about his role.

It is the first time the IOC, in this dispute, has directly mentioned Rakhimov and the allegations against him.

In 2012, the US department of the treasury financially sanctioned Rakhimov and others accused of being part of the Brothers’ Circle criminal organisation. Rakhimov has never been charged with a crime in any country and denies the allegations.

But if it comes to it, the IOC can do whatever it wants once it is within the rules of their Olympic Charter. It is not unprecedented for athletes to compete in Olympic Games without the backing of federations.

In Rio 2016 Kuwaiti athletes competed as independents as the Kuwait Olympic Committee was suspended by the IOC.

A Sudanese athlete, Guor Marial, was also allowed compete in London 2012 as an independent. In Rio refugees were allowed to take part under the label Refugee Olympic Team. Ten athletes from four countries did so.

But the AIBA are playing a dangerous game and the IOC has already prohibited them from using the five Olympic rings or the Tokyo Olympics logo.

Recently the respected sports website InsideTheGames revealed the AIBA is unable to maintain or open a bank account in Switzerland.

Boxing has until June next year when the investigation will be presented to the IOC executive in Lausanne. Then they will hope to have confirmation on the staging an Olympic boxing event and who will organise it.

In a statement Sport Ireland highlighted another troubling issue, the Tokyo qualification process. “There had already been significant worry amongst the sporting community that the qualification pathway for Tokyo had not been announced,” said chief executive John Treacy.”The current situation creates great uncertainty.”