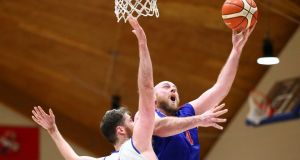 The men’s National Cup quarter-finals are set to take centre stage this weekend as teams across the country battle for a coveted semi-final spot.

In the men’s Pat Duffy Cup, reigning champions Templeogue were knocked out of this year’s competition by Tralee Warriors in the opening round last month. Warriors now face the ultimate test as they welcome UCC Demons to the Complex in Tralee on Sunday.

Elsewhere, last year’s runners-up, UCD Marian, will have to be firing on all cylinders to overcome the test of an in-form DCU Saints, while Swords Thunder and Killester also meet in the second Dublin derby of the weekend.

Men’s Super League leaders, Belfast Star, meanwhile, will welcome Killorglin on Sunday. Star had the better of this fixture just last weekend in Kerry, overcoming Killorglin by 10 points in the end, but they will be expecting another tough test this weekend.

All eyes will also be on the Presidents Cup showdowns this weekend, and particularly on the meeting of the two unbeaten teams in the men’s Division One, DBS Éanna and Ballincollig, who meet at Oblate Hall on Sunday afternoon. Both teams currently sit top of their respective conferences, with Ballincollig winning 13 out of 13 of their league games to date, while Éanna are top of the Northern Conference with 11 wins from 11.

Ballincollig – who are reigning Presidents Cup champions – will be hoping to defend their title, and will need talisman Andre Nation to be on form on the day, alongside the experienced Ciaran O’Sullivan and Ian McLoughlin.

“The cup is very special,” said head coach Kieran O’Sullivan. “As holders we are very keen to give a good account of ourselves. Having two teams unbeaten going head-to-head is very exciting, and we are really looking forward to the challenge.”

Éanna are just as deep, with big man Conor Gallagher set to cause trouble under the boards, while sharpshooter Neil Lynch will be one to watch. Newcomers Joshua Wilson and Stefan Zecevic also add a lot of strength for the hosts, ensuring that this is set to be an epic clash not to be missed.

“This is a match up I think both sides have been looking forward to since the last round,” reflected Éanna boss Darren McGovern. “We are ready and I’m sure they are too. Ballincollig are more than a one-man team, and we have a plan in place for them that we hope will be enough to come out on top – and they will have their hands full with us too.”

It’s business as usual in the women’s Super League, with one of the picks of the games being the meeting of long-time rivals DCU Mercy and UCC Glanmire on Sunday. Glanmire continued their strong form of late on Wednesday when they held on to win by one point in a big overtime Cork derby against Brunell.

The women’s Hula Hoops Cup quarter-finals take place on the weekend of December 8th and 9th.