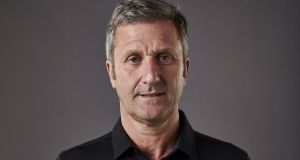 The former British Cycling and Team Sky doctor Richard Freeman destroyed a laptop with “a screwdriver or blunt instrument” before handing it to forensic experts conducting a doping investigation, a medical tribunal has been told.

Freeman also claimed that questions by the then Sky chairman James Murdoch, Team Sky bosses and Rupert Murdoch’s lawyer in Canary Wharf caused him to break down in tears and cancel an appearance at a digital, culture, media and sport (DCMS) select committee hearing into doping in sport in 2017.

Freeman, who is accused of ordering testosterone to the British Cycling velodrome in Manchester in 2011 “knowing or believing” it was intended to boost an athlete’s performance, has admitted 18 of 22 charges against him, including lying in an attempted cover-up.

However, he denies the central charge, claiming he was bullied into ordering the banned substance by the former head coach Shane Sutton to treat his erectile dysfunction. Sutton has denied those allegations, saying that Freeman is lying.

Freeman was giving evidence for the first time in the protracted case at the Medical Practitioners Tribunal Service. Freeman was accused by Simon Jackson QC, on behalf of the General Medical Council (GMC), of damaging a British Cycling laptop “in an amateurish way” before handing it over to the GMC in 2019 for an examination.

The laptop, Jackson suggested, contained the medical records of riders Freeman had worked with and was vital to an anti-doping case. However, Freeman insisted that he had damaged it as the trackpad was not working and he had not recycled it for fear that information on it could be hacked.

“I had seen a programme about how people in India can access data on laptops,” Freeman said. “I decided I cannot let that happen so I destroyed it. This was in the midst of a period when I wasn’t feeling well. I told my lawyers and my solicitor Mr Eastwood said I shouldn’t do that for data protection reasons.”

The panel heard that Freeman’s laptop was first examined by the UK Anti-Doping agency in 2017 as part of its investigation into the contents of a jiffy bag delivered to Bradley Wiggins in the Critérium du Dauphiné in 2011. However, when the GMC asked to also see it in 2019, as part of its investigation into Freeman, it was so damaged their forensic team could not examine it – and had also not been backed up.

“By the time you’d taken it [to the experts], you’d taken a screwdriver and some other blunt instrument to it hadn’t you?” Jackson QC asked Freeman. “Yes,” he replied.

“You just produced a piece of plastic or something – it wasn’t a hard drive you produced,” Jackson said. “Surely on an issue as important as this before you apply brute force to this laptop you’d have a backup copy – that’s common sense isn’t it?”

“Unless you didn’t want anyone to access the contents?” said Jackson.

“I have nothing to hide,” Freeman responded.

Earlier the panel heard that the Apple laptop was a replacement for another one stolen from Freeman in Greece in 2014 – which is claimed to have contained medical records that could have revealed what was in the jiffy bag given to Wiggins.

Freeman also said that the pressure of the allegations against him had taken its toll when he met Sky chiefs in Canary Wharf in 2017.

“I was on my own, living alone, isolated,” he told the tribunal. “I started drinking again, taking more sedative medication. I was on a slippery slope. I was due to give evidence to the DCMS select committee but I found it very daunting.

“I went down to see James Murdoch and Team Sky with Mr Eastwood to be briefed at an imposing building at Canary Wharf. Mike Morgan was there – who is a big person in sports law – and Rupert Murdoch’s lawyer was over from Australia. It was very tense. Pressurised. They wanted to know how I would answer certain questions. I broke down in tears and couldn’t go on. Mr Eastwood stopped the session. I never went back. I wrote to Damien Collins to say I would answer questions in writing.”

Freeman, who said that he was fearful of Sutton, admitted there was no record of him performing a diagnostic test for erectile dysfunction before giving Sutton Viagra and later Testogel.

“Regrettably not. A lot of consultations were done on the road. I am not trying to defend my poor practice but that is how it was. I didn’t examine his testicles, I didn’t take his blood pressure, I didn’t take a medical assessment.”

“You abandoned your medical training because you were unable to say no to him,” Jackson asked.

The tribunal, which is due to run until November 27th, continues. – Guardian