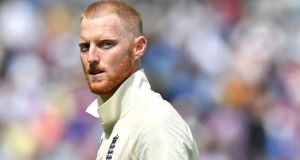 Ben Stokes and Alex Hales face a protracted wait to learn if they face any cricketing sanctions but there is understood to be no ill-feeling between the pair after a potentially divisive end to the Bristol court case in which the former was cleared of affray.

Stokes’s counsel, Gordon Cole QC, had used his closing speech on Monday to suggest that possible kicks to the head of Ryan Ali from Hales during the early-hours fight on September 25th may have been the cause of the co-defendant’s fractured eye socket.

Speaking after Stokes and Ali were acquitted, Mr Cole said that “the evidence of Alex Hales’s involvement may have made a difference to the jury”. The England one-day batsman was not charged for his involvement, something queried by Stephen Mooney, barrister for the subsequently cleared co-defendant Ryan Hale, while the jury was out.

Though this late manoeuvre by Cole to highlight the actions of Hales is said to have been made without the prior knowledge of Stokes, it could in theory have caused issues down the line between two regulars in an England 50-over squad that, under Eoin Morgan’s captaincy, is looking to win the World Cup on home soil next summer.

But sources close to Hales insist that while the past fortnight has been a time of stress and a significant wake-up call over future behaviour, it will not fester as both cricketers look to get on with their careers. The pair are still due to face the Cricket Discipline Commission, however, and a possible charge of bringing the game into disrepute now that criminal proceedings have been completed.

There is currently no date set for the process, while the CDC commissioner, Tim O’Gorman, has yet to confirm his panel, and it could be weeks before all parties are able to convene. In the meantime Stokes has been cleared to play in the third Test with India at Trent Bridge, which starts on Saturday, after missing the innings victory at Lord’s that put England 2-0 up.

Trevor Bayliss is due to speak before his return to training on Thursday – the England head coach does not normally give a media conference two days before a match – and, as a selector, will be expected to explain why Stokes has returned so soon with the CDC hearing pending and also field questions on the team culture for which he is ultimately responsible.

The all-rounder’s return in New Zealand in February, having sat out the tour of Australia, did not affect dressing room harmony previously. Indeed the 27-year-old remains a hugely popular teammate despite the events in Bristol resulting in increased scrutiny of the team’s off-field conduct during their failed Ashes campaign.

England will need to assess the match-fitness of Stokes this week following 10 days of inactivity, and there remains a tricky conversation to be had over who potentially misses out, with his fellow all-rounders Sam Curran and Chris Woakes picking up the man of the match awards at Edgbaston and Lord’s respectively.

Jos Buttler, who batted in Stokes’s regular No 6 position at Lord’s, is yet to fire with the bat in this series but has only recently moved to second slip. Further disruption to the cordon would be a concern, while Buttler has also been made vice-captain for the series – the position from which Stokes was removed last year post-Bristol.

Hales is not part of the Test squad and will therefore not share a dressing room with Stokes this week. Their next assignment together is not until the limited-overs leg of the tour to Sri Lanka in October, provided the CDC does not hand down additional suspensions on top of matches already missed in the past year.

This Friday sees Hales’s Nottinghamshire side face a crunch final group match away to Yorkshire in the Twenty20 Blast that will likely see only the winning county progress to the quarter-finals. Should the defending champions, Notts, miss out it would effectively end his season as he is currently a white-ball specialist.

That said, there is interest in Hales from three teams in the ongoing Caribbean Premier League as a possible signing. Jamaica Tallawahs, St Lucia Zouks and Barbados Tridents are all monitoring the situation, with the third expected to have a berth on their roster freed up, with Steve Smith, the former Australia captain, expected to depart early.

The CPL runs until the final on September 16th, and should Nottinghamshire progress to the Blast quarter-finals – which take place August 23rd-26th, before the Finals Day on September 15th – there may even be scope for the right-hander to fit in a short spell.

Notts had hoped to persuade Hales to resume his red-ball career for the end of their County Championship campaign after Quinton de Kock was pulled out of a late stint as their overseas player by South Africa. The club have since moved to sign Kraigg Brathwaite, the West Indies opener, for the remainder of the season.