University have decided not to extend Athletics Academy director’s tenure 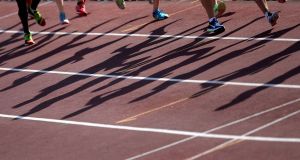 Enda Fitzpatrick has expressed his “hurt and disappointment” over Dublin City University’s (DCU) decision not to pursue an extension to his position as the university’s Athletics Academy director.

Fitzpatrick, a former international 1,500m runner and sub-four minute miler, has held the full-time position since 2005, on a secondment basis, having previously worked as a teacher in Holy Faith secondary school in Clontarf.

Before Fitzpatrick’s arrival at DCU, the athletics club had never won an Irish intervarsity title, and has since won 190 teams titles, including a clean sweep in the current academic year; men’s and women’s cross-country, road relays, plus indoor and outdoor team championships titles. When he started in DCU the athletics club had just 18 members; this season that has grown has to 115.

DCU maintain the position was only agreed on a secondment basis, and following a recent directive from the Department of Education and Skills, no secondment extensions were being considered.

However, Fitzpatrick maintains that in correspondence with his former school, Holy Faith, DCU were presented with the opportunity to apply for a further extension, should both parties agree, only this wasn’t pursued.

“I’m absolutely disappointed the university would take this stance,” said Fitzpatrick, “especially considering how our president Brian MacCraith always talks so glowingly about our achievements in sport. And very much hurt about that too.

“There was an opportunity to extend [the secondment], or at least make the Department of Education aware of whether that was positive or negative, and they didn’t put that option forward. And that’s a shame.

“That makes it very difficult for me, now, but for all the athletes that are in the DCU programme at the moment, I don’t want to see the university using a ruling that takes me out of the equation, and I would like to be in a situation where I could make that decision. As of now I would have to think about that.”

DCU stated their directive from the Department of Education and Skills was that no secondment extensions were being considered: “In the context of the current teacher shortages at second level, however, the Department of Education has issued a circular regulating the Secondment Schemes for Teachers (0029/2018). In the light of this directive, DCU will create a full-time permanent position as head of the Athletics Academy which will be publicly advertised in the coming weeks.”

DCU athletics club has set up an online petition in an effort to retain the services of Fitzpatrick, with over 1,350 signatures since Wednesday. In response to the DCU directive on the secondment, they said: “DCU Athletics Club has been made aware by Enda Fitzpatrick that he wishes to continue in his current role as Head of the Athletics Academy and also has the backing of his original school of employment to put forward an exceptional circumstances case. However, and most concerning, it has become apparent that he has not been offered the support of DCU with regard to forwarding this application.

“We at DCU Athletics Club find it very disrespectful that the University President has not corresponded with us directly to offer clarity on this matter. You simply cannot put a price on the impact Enda made in DCU over the past 14 years, during which time he has played a major role in transforming the lives of so many of us.”

“The Secondment Scheme operated by the Department of Education and Skills allows for the ‘temporary assignment’ of school teachers to external bodies ‘where that need cannot be effectively met through the normal appointment process’.

“Earlier in this academic year, DCU received a communication from the Department of Education and Skills in respect of the University’s application for the secondment of Mr Enda Fitzpatrick:

“The provisions relating to the secondment of teachers are set out in Circular Letter 0029/2018 .Mr Fitzpatrick has exceeded the maximum number of years specified under these provisions. However, in order to provide continuity of support while DCU seeks to fill the position of Head of Athletics, the Department of Education and Skills has approved, as an exceptional matter for this year only, his secondment for the period 1st September, 2018 – 31st August, 2019. Mr Fitzpatrick shall be due to return to his approved teaching position on the 1st September 2019, i.e., at the end of the approved secondment period.

“However, on receipt of correspondence from Mr Fitzpatrick’s principal, Ms Deirdre Gogarty, the University reverted to the relevant official who reiterated that there was no change to the provisions of Circular Letter 0029/2018 and that the decision regarding the termination of Mr Fitzpatrick’s secondment stood.”