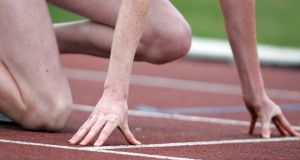 Dublin City University (DCU) athletics club have set up an online petition in an effort to retain the services of Enda Fitzpatrick. Photograph: Andrew Paton/Inpho

Dublin City University (DCU) athletics club have set up an online petition in an effort to retain the services of Enda Fitzpatrick as the university’s Athletics Academy Director.

Fitzpatrick, a former international 1,500m runner and sub-four minute miler, has held the position since 2003, on a secondment basis, having previously worked as a teacher in Clontarf.

He joined DCU at a time when the athletics club had just 18 members; for the 2018/2019 season this figure has grown has to 115. In a statement released by DCU athletics club, they called for support for the online petition in the hope Fitzpatrick’s services will be retained with immediate effect, without the requirement of going through a fresh application process.

“It is with great disappointment and deep disgust for us to hear of the very sad termination of our esteemed Athletics director Enda Fitzpatrick by DCU hierarchy last week. The loss of his support to DCU athletics club is unquantifiable given his commitment to this role over the past 13 years where he has gone well beyond the call of duty to support new, current and past students and to be honest his support to each of us as individuals can never ever be repaid.

“He has devoted so much of his time to lead DCU Athletics to become the ‘best’ in terms of professionalism and standards at University level across the country. Collectively we intend to stand strong and do everything that we can to highlight to the powers within DCU the magnitude of this situation and to reverse this decision. Enda has stood by us all very often and now it’s our turn to stand by him with the same determination and single mindedness that he has demonstrated with total commitment to everyone”

DCU maintain the position was only agreed on a secondment basis, and even in exceptional circumstances, requires to be reopened for application.

Before Fitzpatrick’s arrival at DCU, the club had never won a varsity title, and has since won 190 teams titles. In the current season it was won men’s and women’s cross country, road relays, plus the indoor and outdoor team championships titles. Among those to base themselves at DCU in recent years are three-time Olympian Fionnuala McCormack and former Irish cross country champion Mark Christie.

A statement from DCU responded as follows: “It is not the practice of DCU to comment on affairs relating to individual cases, however inaccurate commentary has circulated regarding the role of the Head of the Athletics Academy at the University.

“Consistent with this national policy, the Department has informed Dublin City University that, regrettably, secondments which have existed over a period of many years will not be renewed in August.

“In the light of this directive, DCU will create a full-time permanent position as Head of the Athletics Academy which will be publicly advertised in the coming weeks.”